Bitcoin’s price is shuffling around $8,000 which is also the support in this range. The situation hasn’t changed a lot since the previous week. Resistance is built around the 200MA at $8,400. The triangle that we see on the chart becomes bearish. Breaking the trend will change the picture. Taking into account all the increases during this year, when we saw sharp corrections they were usually followed with attempts to surge back up, especially in light of quick declines as it was this week. It’s interesting to see if the effect on the price is only for the short term. 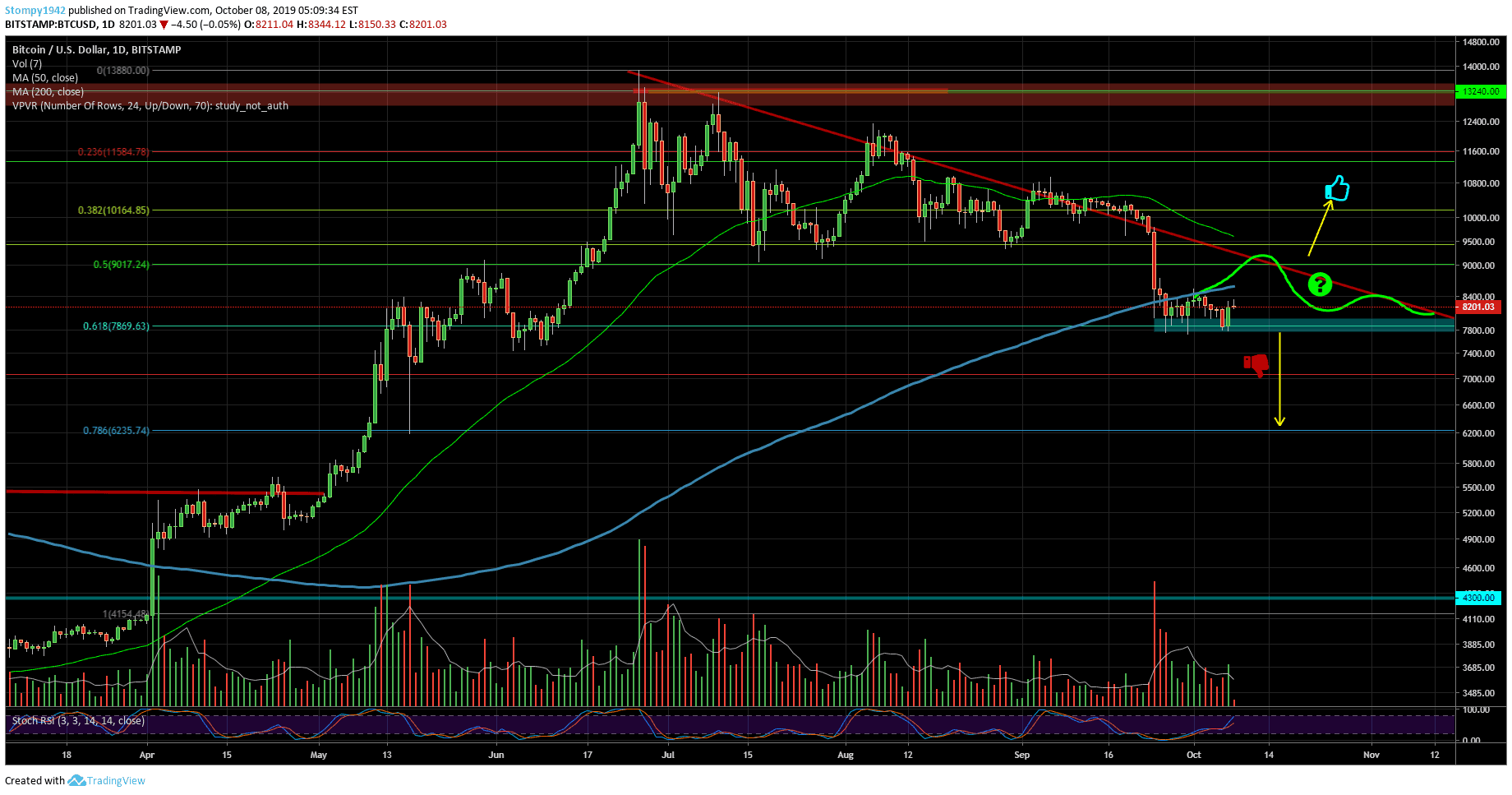 Against the USD, the price hovered around the support this week at around $170. The resistance at $180 hasn’t been breached during this week. We can see another last-day attempt and if it breaks, the next resistance is at $205.

Against Bitcoin, the resistance at 3200SAT was breached on the way to where the landslide began. If 4400SAT is breached (200MA), we can think of a trend reversal. Support is being built at 2900SAT.

Against BTC, we can see serious resistance at 3000SAT. The support is built around 2600SAT and if it’s broken down the next level is at 2400SAT.

Against the USD, the increases of 2019 were erased and we saw the price coming back to support at $15.5 which is not far from the bottom. Resistance in this range is around $19. It will be interesting to see if the support holds after the correction of all Fibonacci levels.

Against Bitcoin, the cryptocurrency is in a downward trend and all attempts to correct back up failed. This doesn’t mean that there isn’t room for growth, even on the way down. Support in this range is at 0.0019BTC while resistance is at 0.0022 BTC.