We saw a sharp correction with a high trading volume which dragged the price down to the Fibonacci levels at 0.618 within the $7,800 range. That’s a support line and if we break past through it to $7,200 we can also get down quickly to $6,200. In terms of resistance, the trend line goes down in clear red. Breaking it will only provide short-term security. Going above $10,400 will bring confidence back. This week’s plunge felt like a “sell the news:  event but that’s not what prompted Bitcoin’s rise this year despite the disappointment. 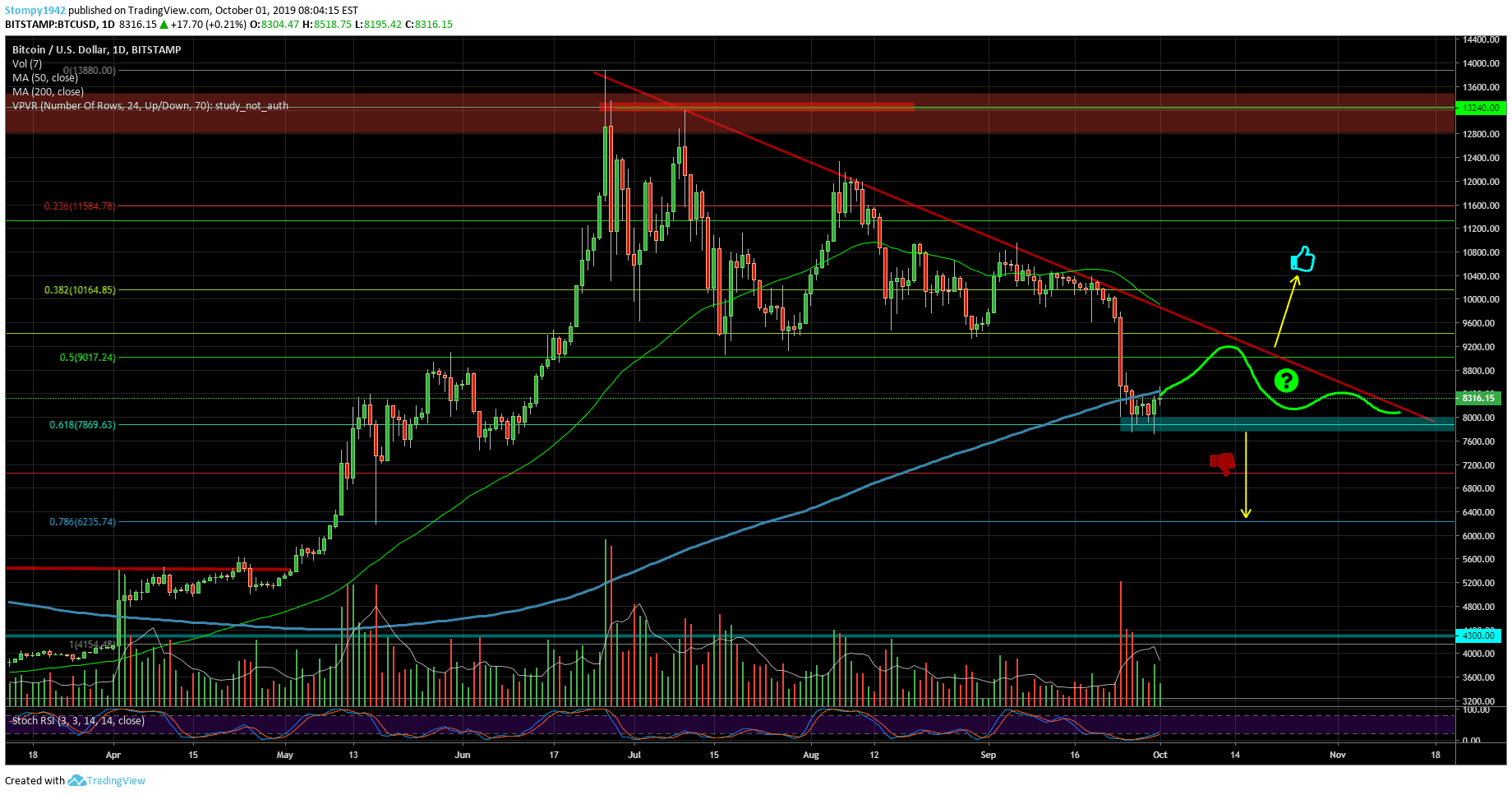 Against the USD we are back to support at $160 with a serious downward slump. If we go back and examine the support and it fails, we should account for new lows. We saw a correction back to resistance at $180. This level has already been breached but the price couldn’t hold and came back. Going above $220 will bring confidence back to the market but until then fear is predominant.

Against Bitcoin, the trend from early September looks good. The attempts to break the resistance at 0.022BTC failed and we saw more attempts in recent days. In the case of a failure, we will see a Double Top Template, which will build around 0.021BTC in the short term if we break the demand for 0.019BTC.

Against the USD, we saw the price going from 21 cents to 24 cents and the graph formulated short-term support. Resistance is at 26 cents and only after breaching it will we see some confidence back. The true resistance at 32 cents around the 200MA hasn’t been breached since July.

Against BTC we can already see the increase in trading volume and the turmoil around 2500SAT. The price managed to climb back up to 3000SAT. If we break out, we can get a rally to 4500SAT around the 200MA. Support is built around the 50MA (2600SAT) and if it doesn’t hold, we can consider new lows.

Against the USD we saw a sharp correction with a lot of volume which realized a healthy move. The short-term move provides an opportunity to see where the support is and where the market is going. Support is at around $2.70 and if it breaks, the next level is $2.30. Resistance in this range is at $3 and if it breaks, the next target is $3.50. This is still below $5 which, if broken, would mean that confidence is back in the market.

Against Bitcoin, the chart completed all the Fibonacci levels down to the lowest point, including the bottom that it held from back in September. We saw attempts to break above and the price reached 0.0003BTC but failed and went down to support. In the meantime, the action stabilized in this range and marked the possibilities of new targets. For the bottom, if we see 0.0003 breaking we will get new lows.

Against Bitcoin, the weekly chart reveals an interesting pattern. The RSI shows a repeatable trend and we have yet to see if the trading volume will confirm the change in trend. It’s also important to consider a downward correction. Resistance is at 30SAT and support is at 27SAT.