Bitcoin went through a rollercoaster of price action this week. On Monday, the cryptocurrency started to fall, and it dropped by a total of 10% by Tuesday to reach a low of $6,430. However, after that, it rebounded higher, gaining a total of 15% to climb back above the $7,000 level and reach the current support of $7,125. 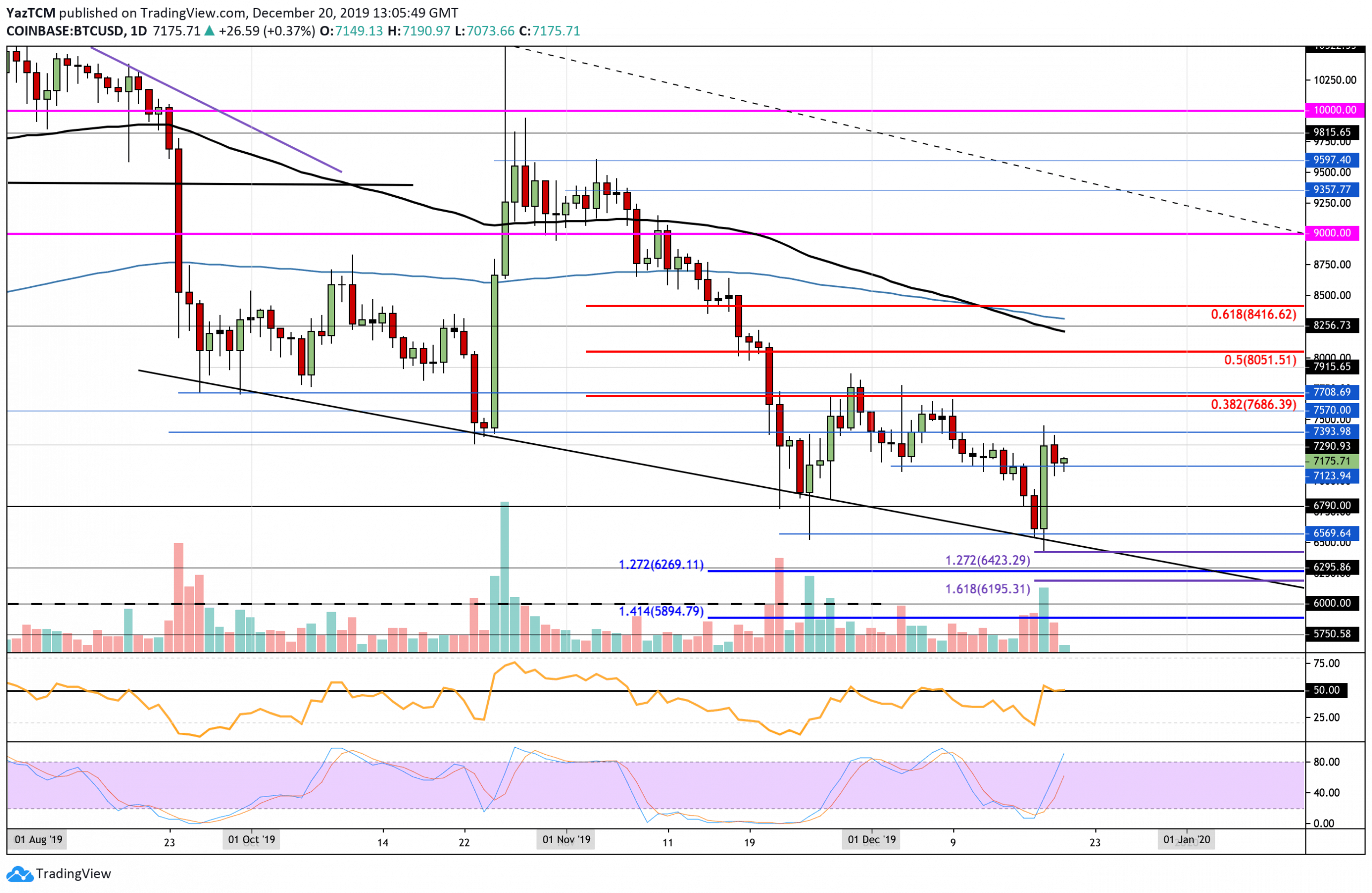 Ethereum has seen a disastrous week after dropping by a total of 11%. The cryptocurrency fell beneath the acute symmetrical triangle and started to plummet. It continued to drop until reaching support at the lower boundary of the descending channel. More specifically, ETH found strong support at $118, which is provided by the downside 1.618 Fib Extension. ETH rebounded higher from here but was unable to overcome resistance at $133.50. 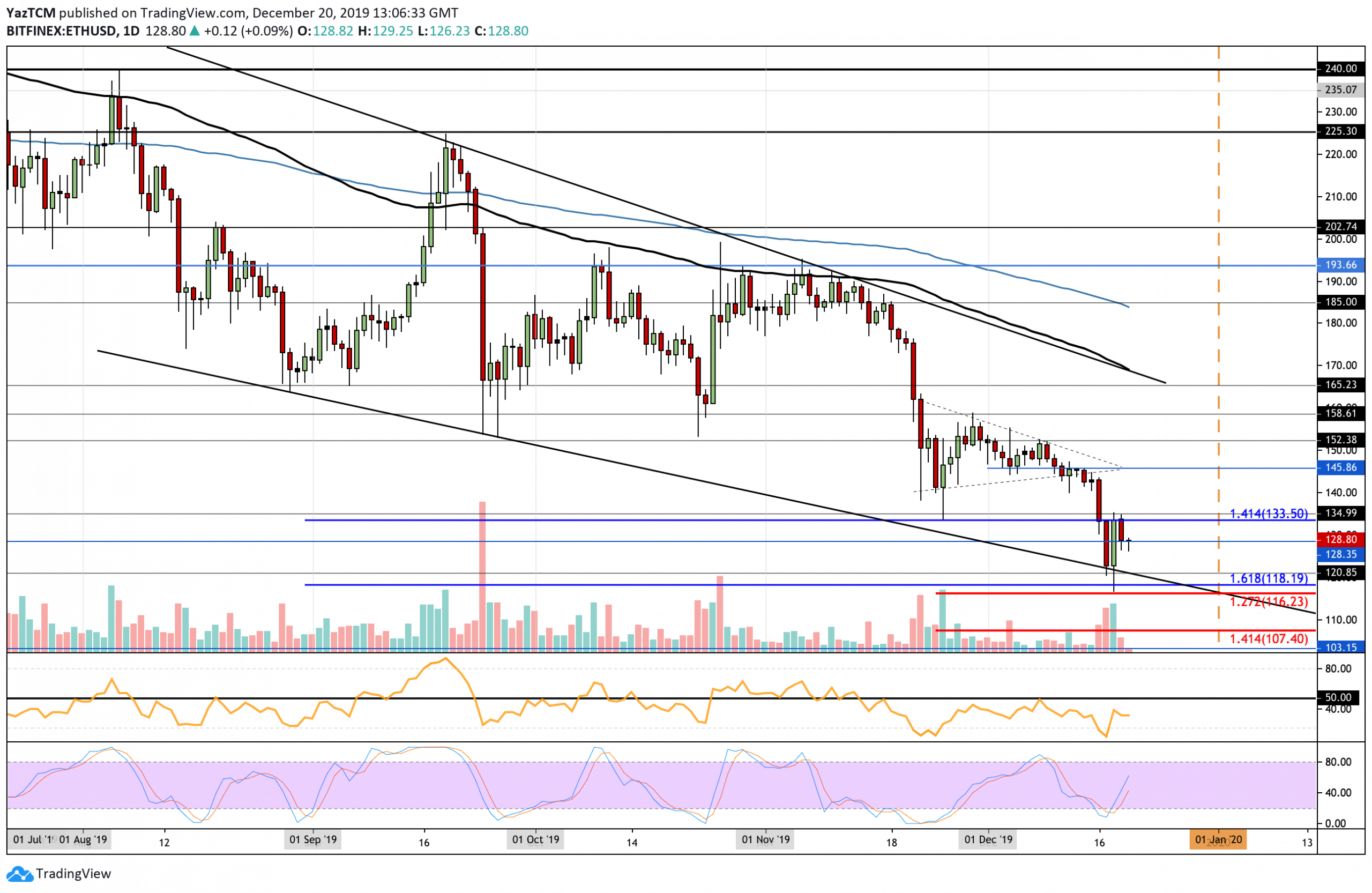 Against Bitcoin, Ethereum tumbled beneath the previous symmetrical triangle pattern and started to plummet. The cryptocurrency continued to drop beneath support at 0.019 BTC, 0.0185 BTC, and 0.018 BTC until reaching at 0.0175 BTC (downside 1.414 Fibonacci Extension level). ETH rebounded higher from here as it sits at 0.0178 BTC. 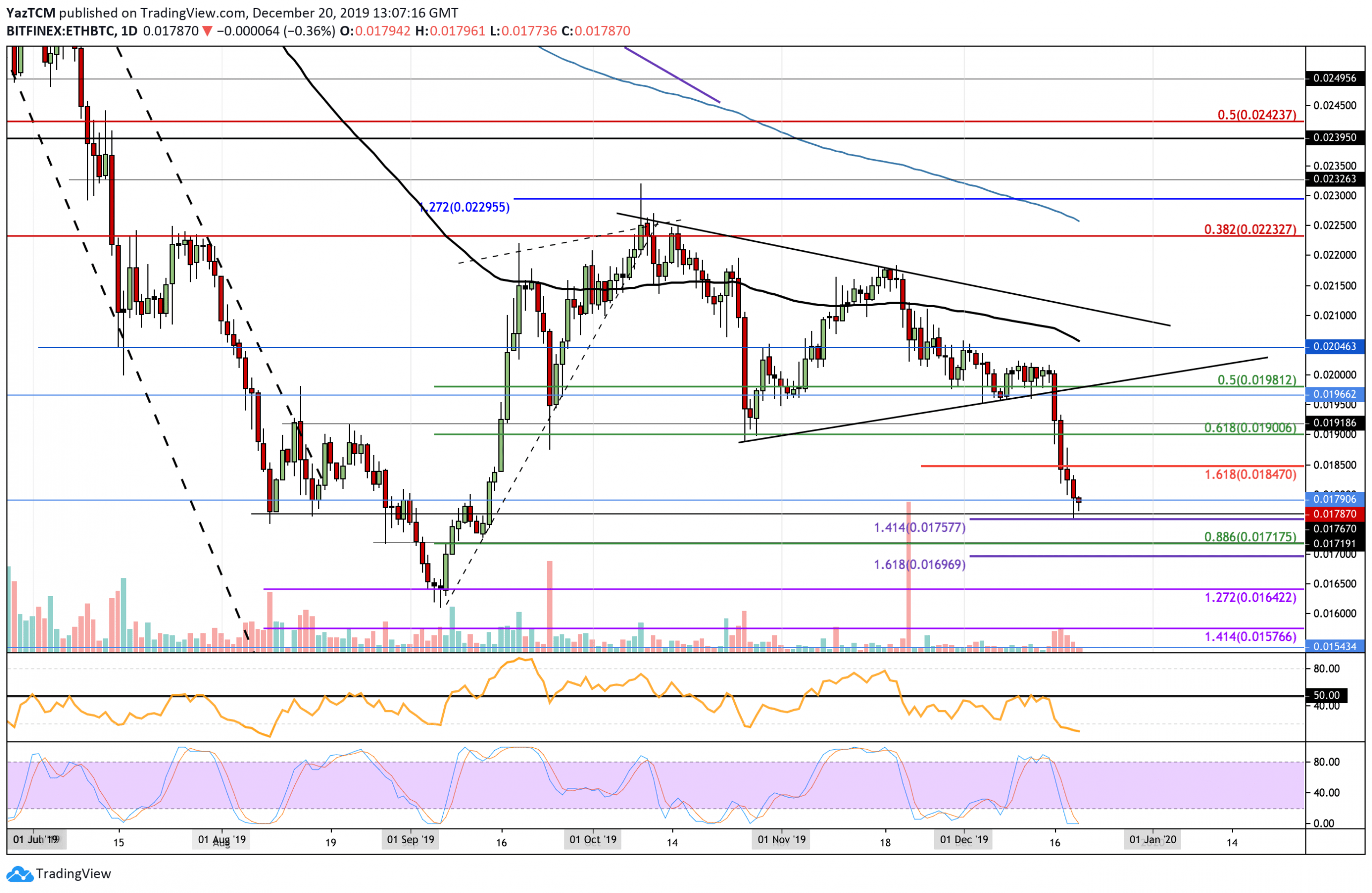 This week saw XRP collapsing beneath the strong support at $0.21 as it continued to drop by a considerable 13% to reach a low of $0.18 as it created fresh multi-year lows. The cryptocurrency managed to find support at a downside 1.618 Fib Extension, which allowed it to bounce higher to where it now trades at $0.1930. 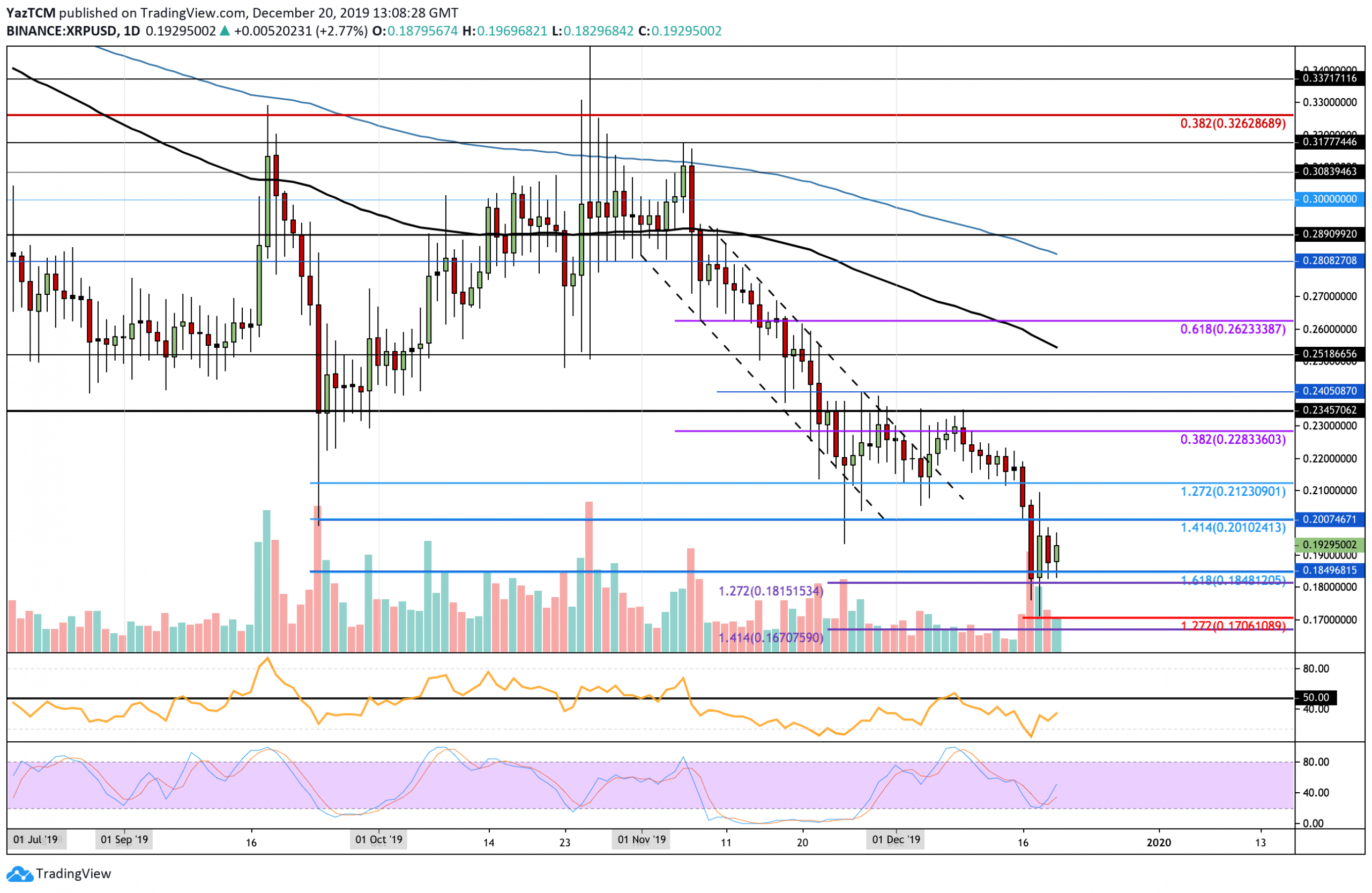 Against BTC, XRP finally dropped beneath the 3000 SAT support level and started to fall. The cryptocurrency penetrated beneath the lower boundary of the previous wedge as it slipped much lower into support at 2600 SAT. XRP has since rebounded from here as it attempts to break 2700 SAT resistance. 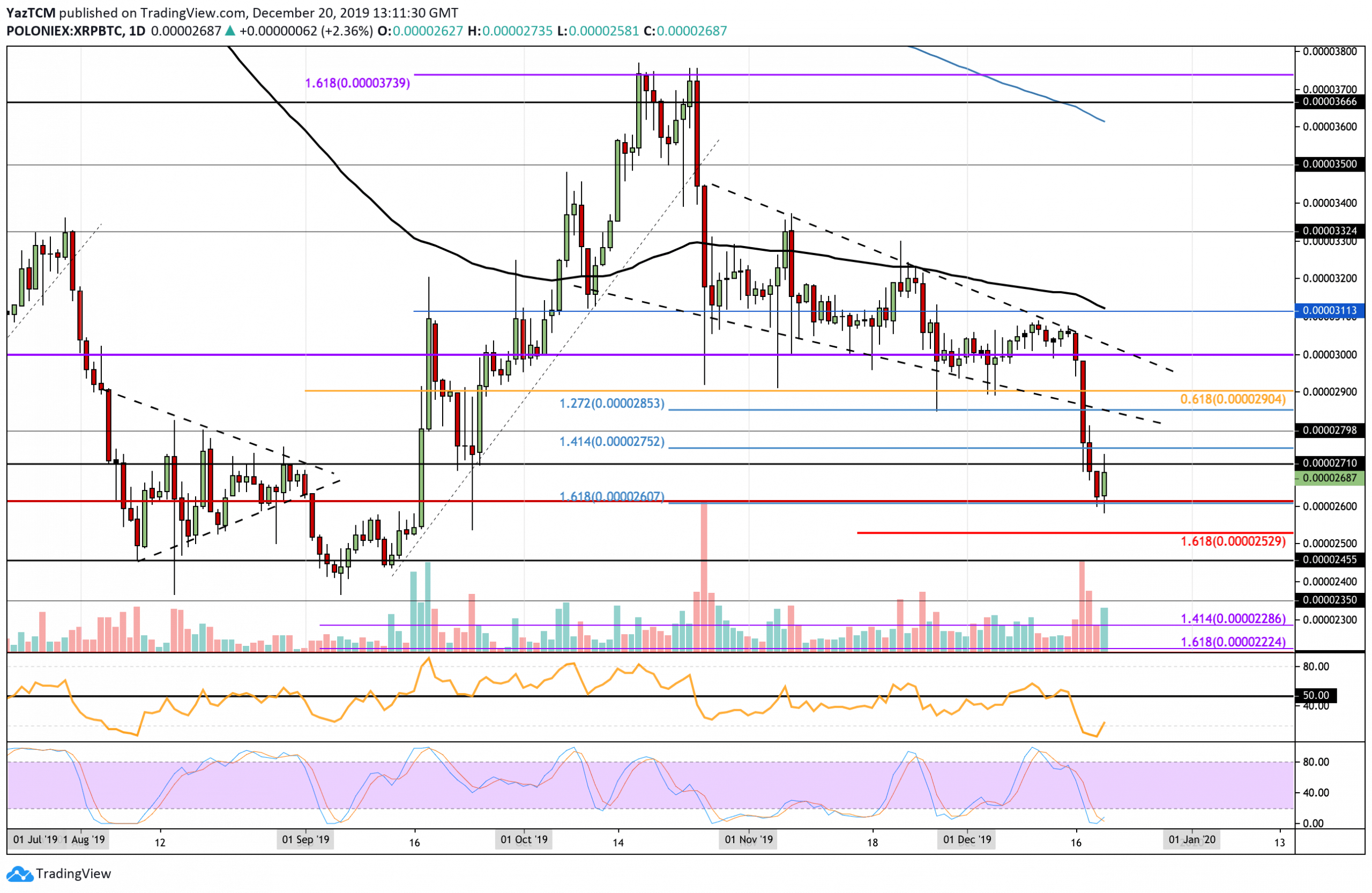 Similar to the rest of the top altcoins, Litecoin suffered an 8.55% beat down this week, causing it to drop beneath the $40 level. The coin dropped as low as $36 before support was found, allowing it to rebound higher back above the $40 level where it currently trades. 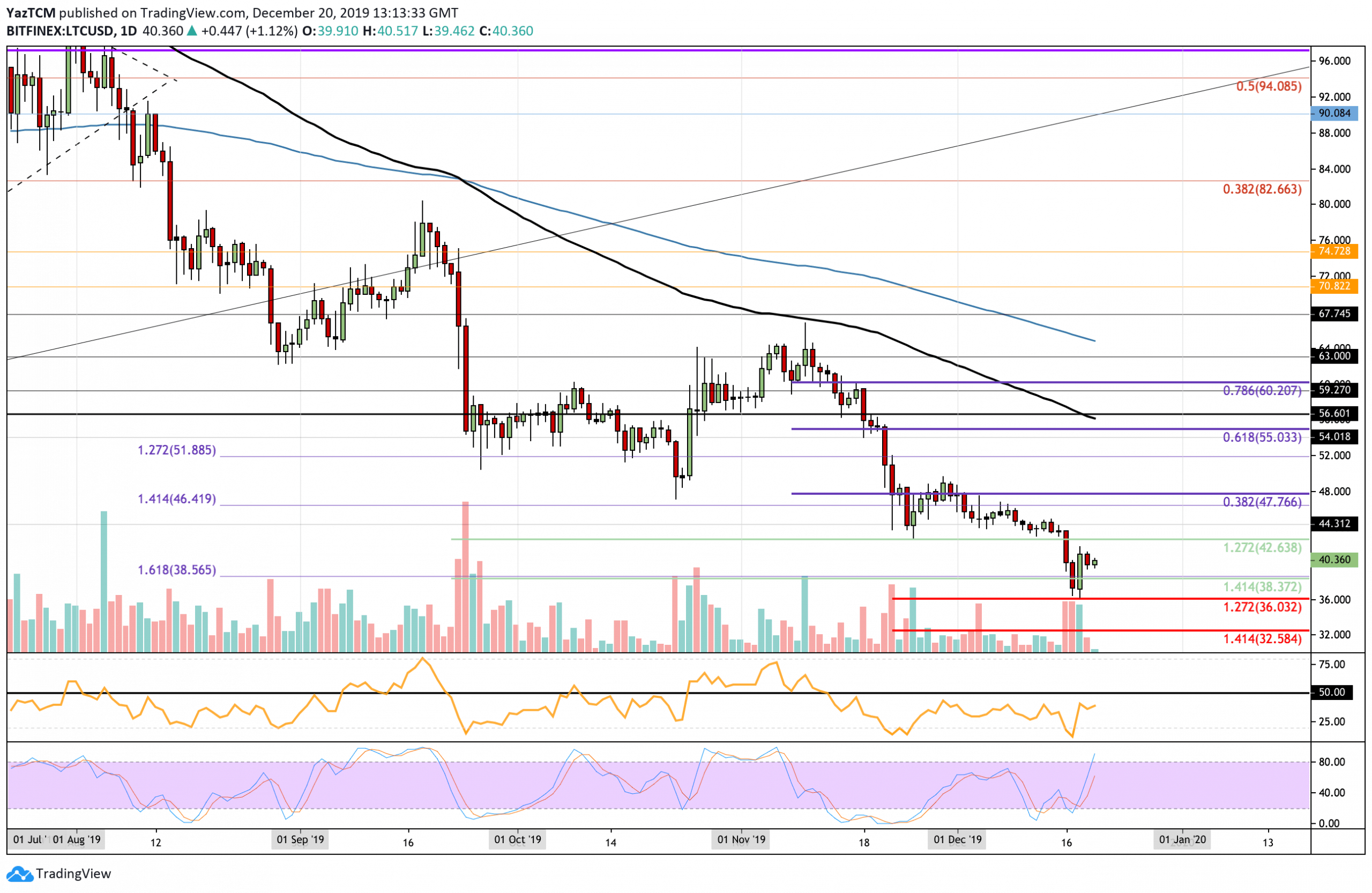 Against Bitcoin, LTC has also suffered in December. The cryptocurrency collapsed beneath the support at 0.006 BTC, causing it to drop much lower into support at 0.0055 BTC (downside 1.618 Fibonacci Extension level). Litecoin has since bounced higher as it trades at 0.0056 BTC. 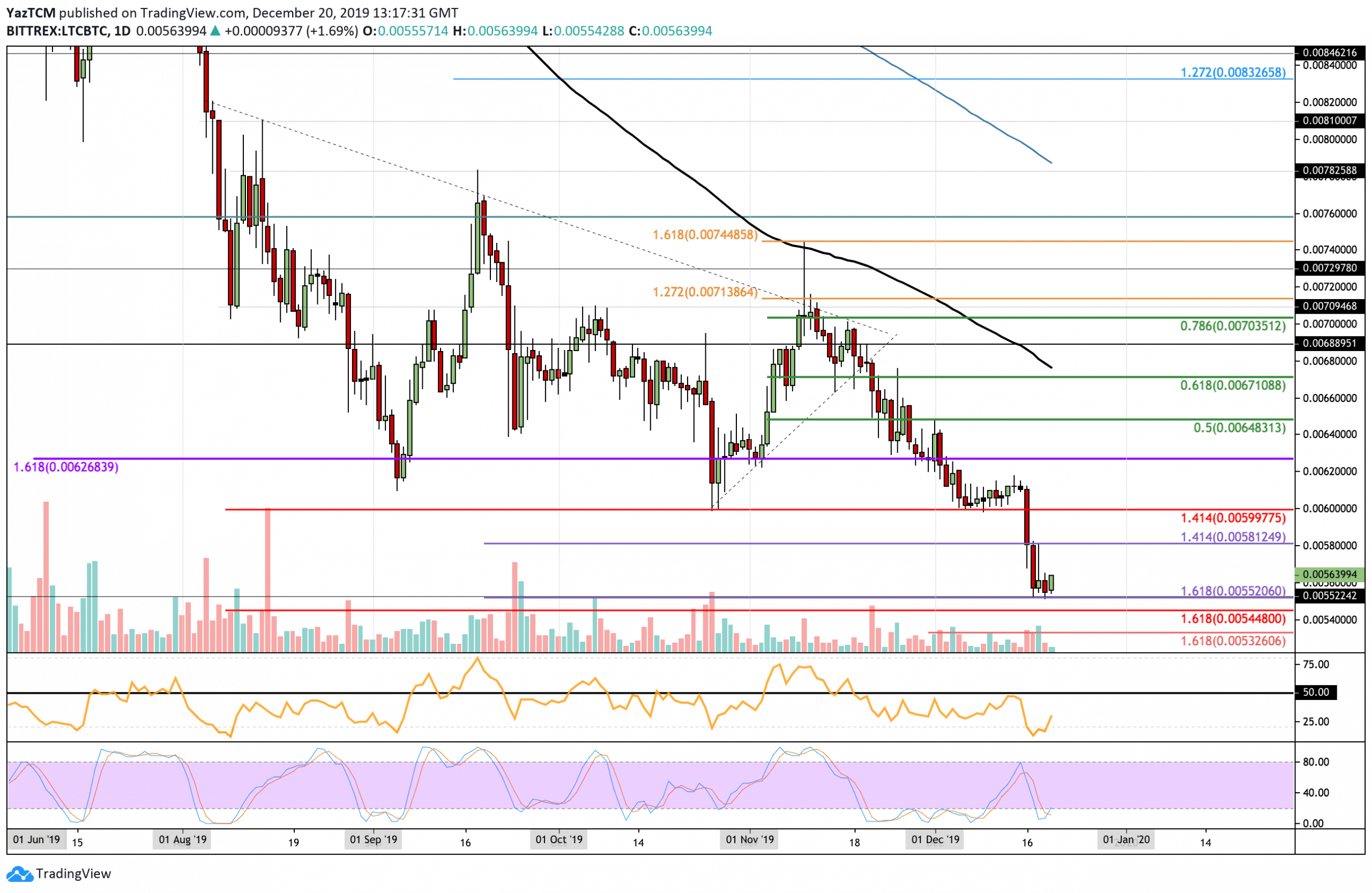 Binance Coin saw a 9% price fall this week, causing it to drop to the current $13.46 level. It was pushed further beneath this but managed to find support at $12.17, which allowed BNB to bounce higher. 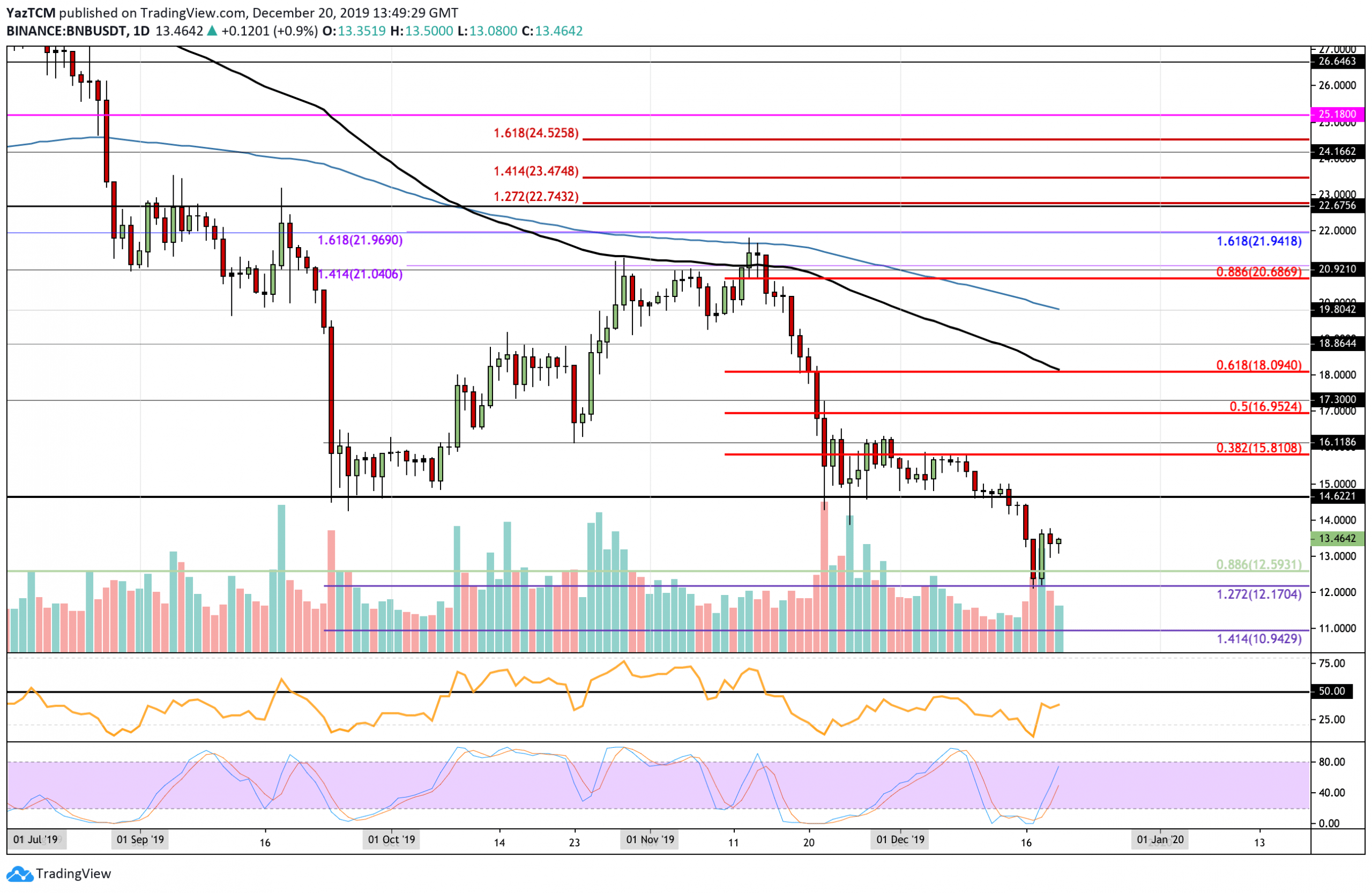 Against BTC, BNB fell further lower, dropping beneath the support at 0.002 BTC and plummeting into lower support at 0.00185 BTC. This level provided strong support for the market during September and is expected to provide an equal level of support moving forward. 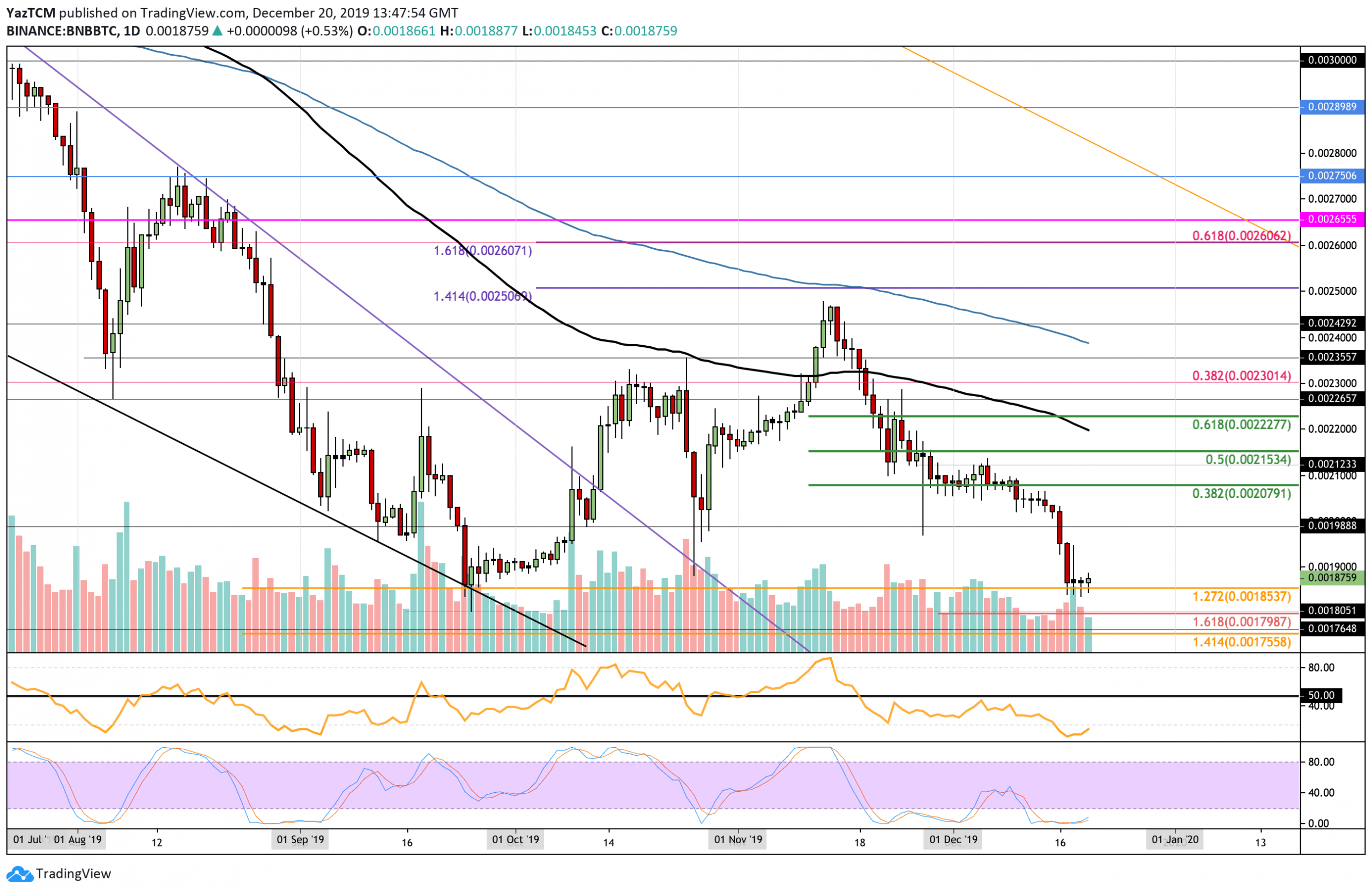