Bitcoin declined by  2.5% over the last week, dropping to the $7,220 level. The cryptocurrency has been trapped within a tight range between $7,708 and $7,123 for the entire period of December, thus far. A breakout of this range will dictate the direction Bitcoin will head toward over the following weeks. 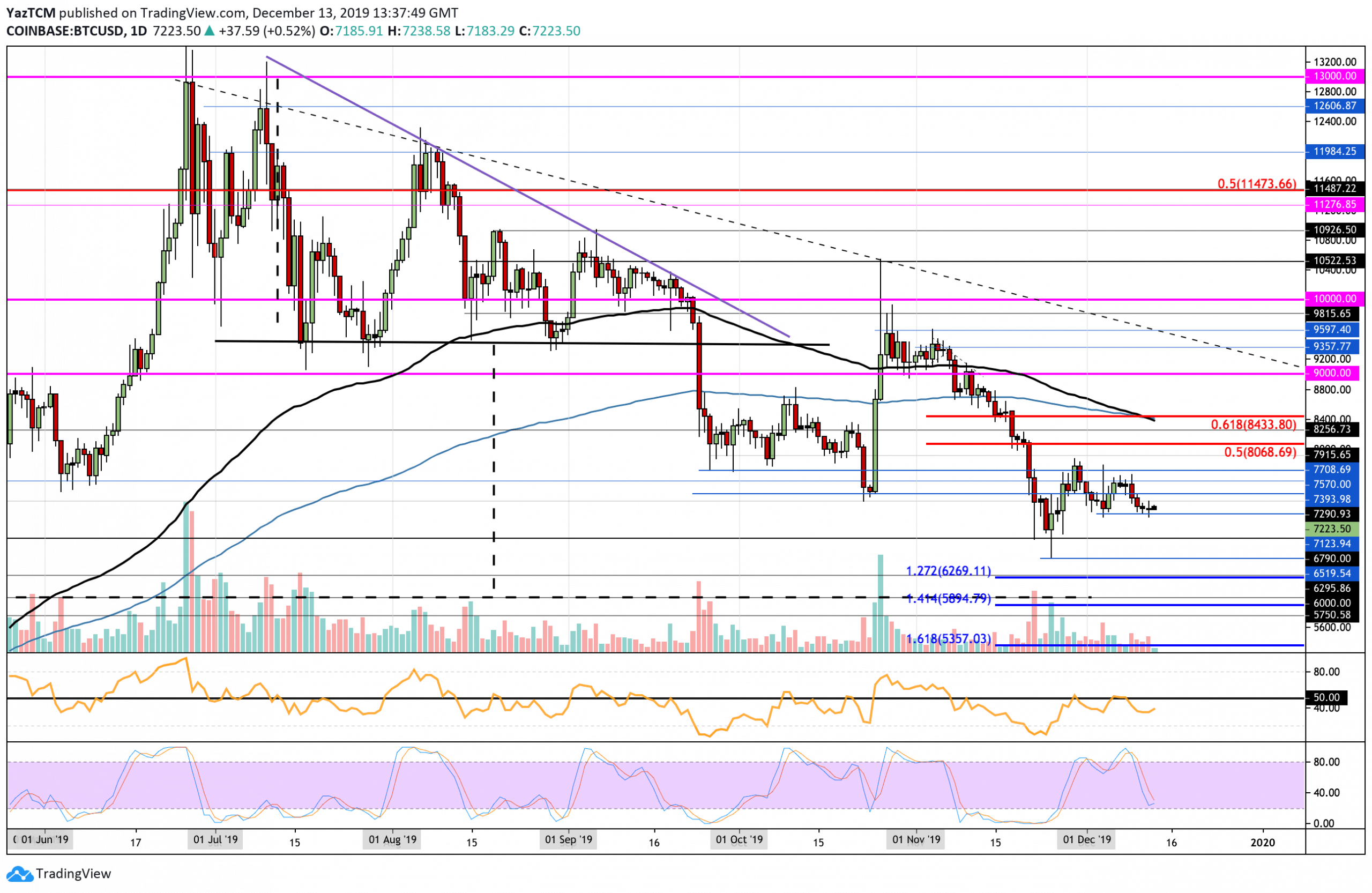 Ethereum was unable to make any ground above the resistance at $152.40 this week, which caused it to roll over and drop beneath the $150 level. ETH is trapped within an acute symmetrical triangle at this moment, but the market looks primed to drop beneath the lower boundary. 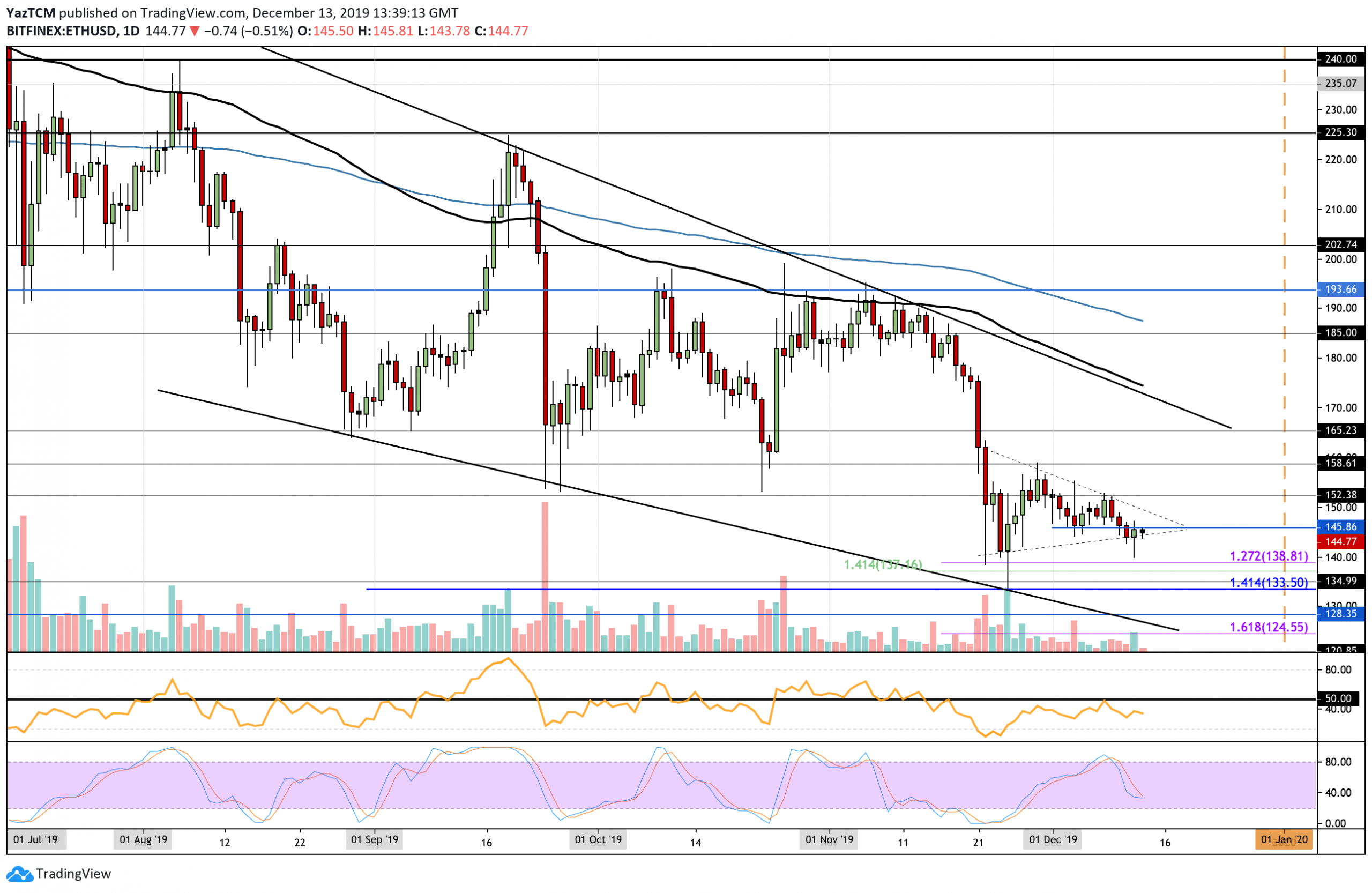 Against Bitcoin, Ethereum broke beneath the previous symmetrical triangle but has established a new boundary that held. For trading in December, ETH has been trapped between 0.0205 BTC and 0.0196 BTC and must pass this range to dictate the next move. 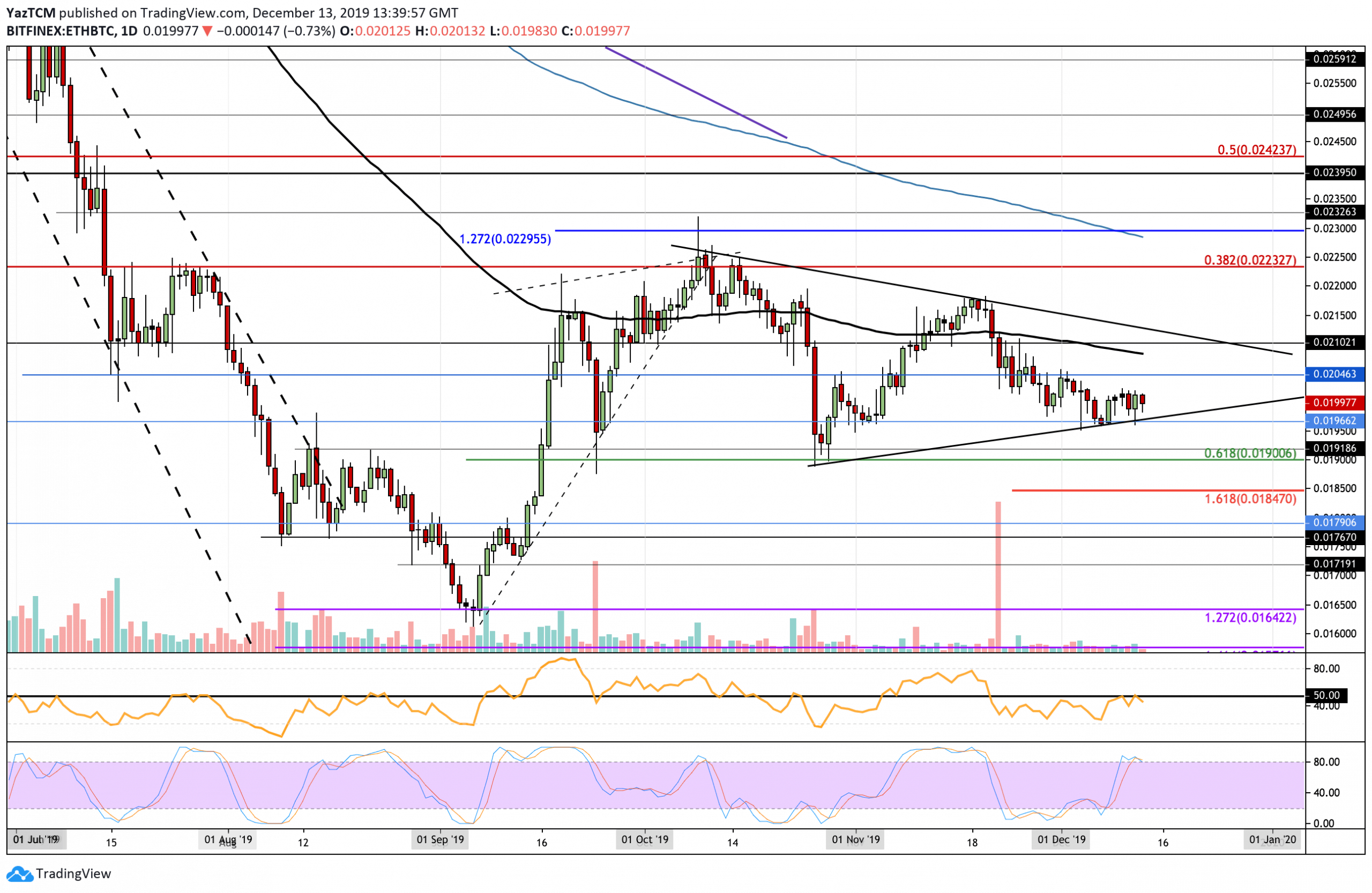 Since breaking the previous descending triangle, XRP has finally started to trade sideways as it sits between the range of $0.2150 and $0.2345. The fact that it has left the previous steep descending channel is promising, however, if it falls beneath the $0.215 support, XRP may see some fresh multi-year lows. 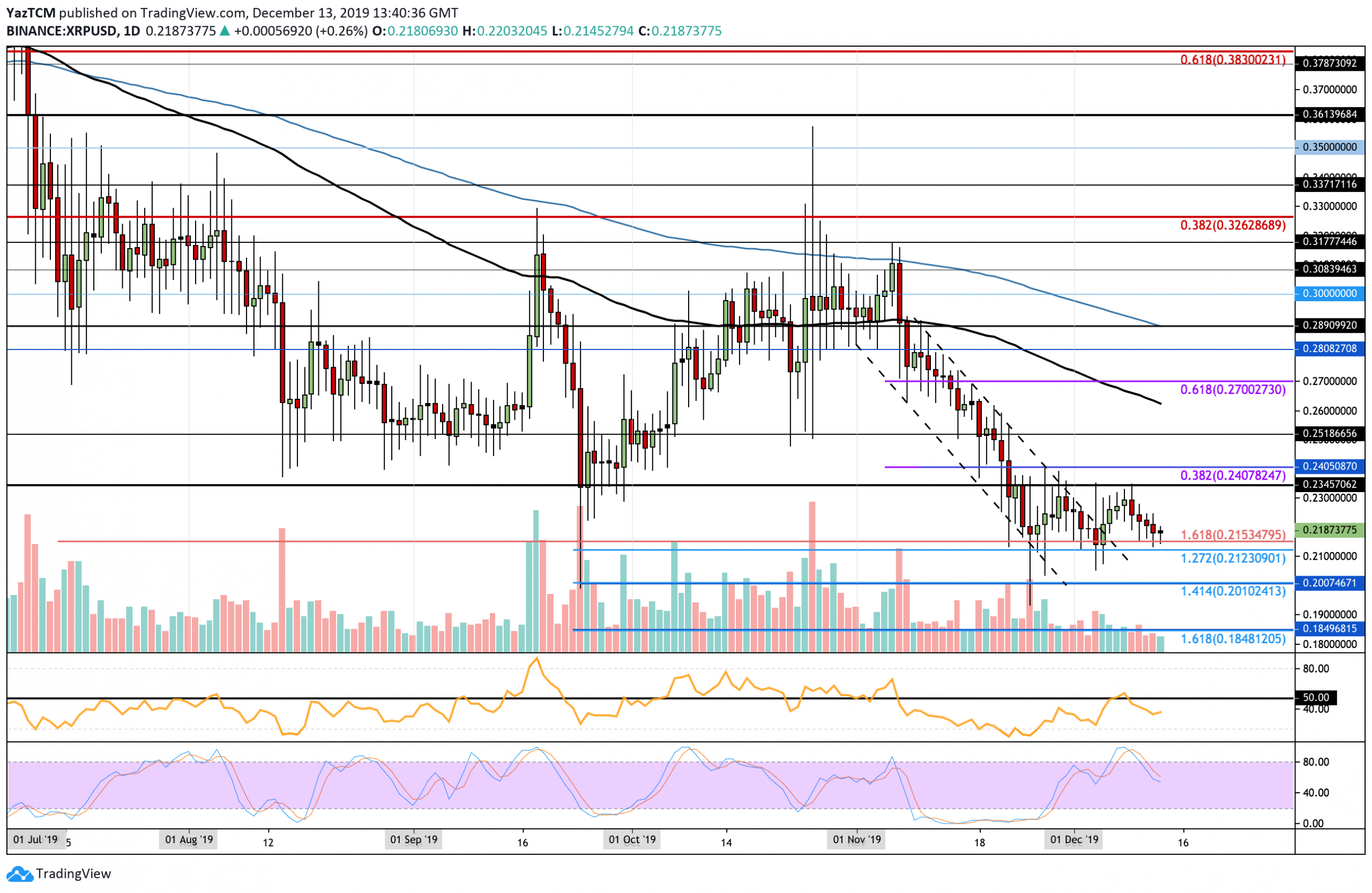 Against BTC, XRP performed remarkably well as it remains above the 3000 SAT level. The cryptocurrency is trapped within a falling wedge and recently rolled over at resistance provided by the upper boundary. The momentum looks strongly within the bearish favor, which could potentially cause XRP to drop below the 3000 SAT support this week. 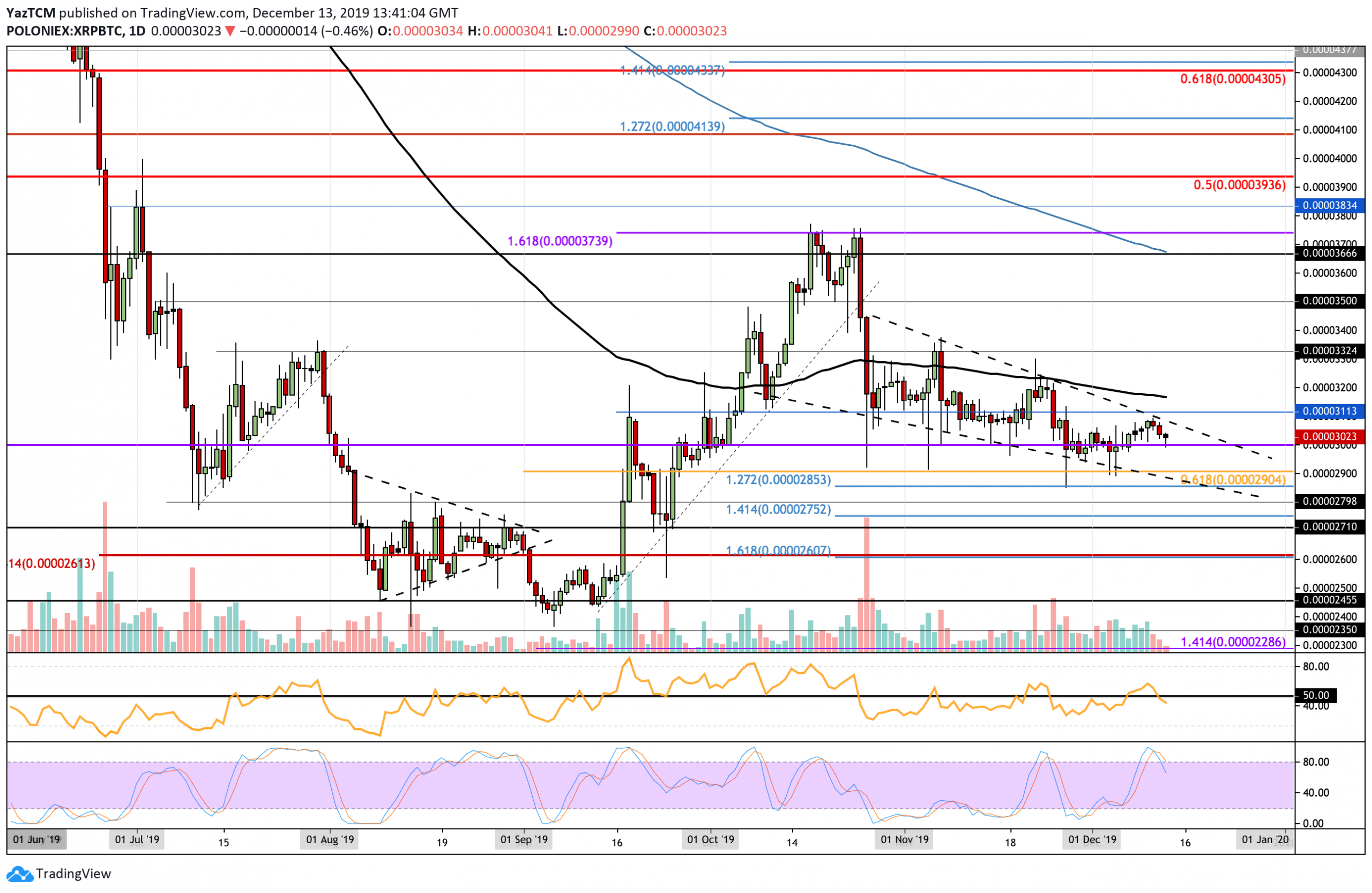 Tezos witnessed another remarkable week after surging by a total of 33% to reach the $1.80 level. XTZ recently produced a strong bullish signal as the 100-days EMA crossed the 200-days toward the start of December. The cryptocurrency has now surged into the 10th ranked position with a market cap of $1.14 billion. It recently met resistance at $1.68 which it must pass for the bull run to continue. 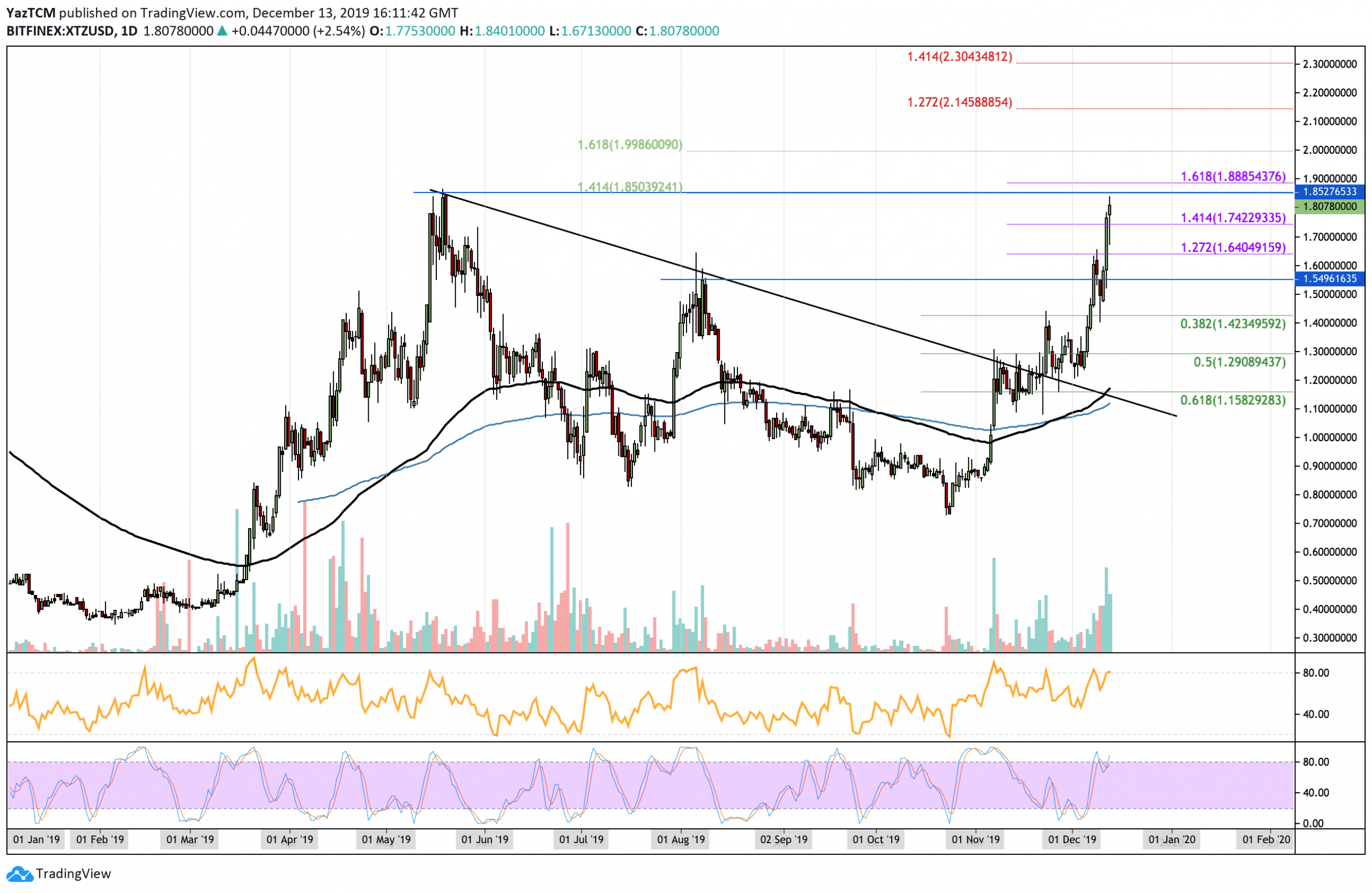 Tezos performed very well against Bitcoin as it climbs toward the 0.00025 BTC level. This market has also produced a strong signal as the 100-days EMA crosses above the 200-days EMA. 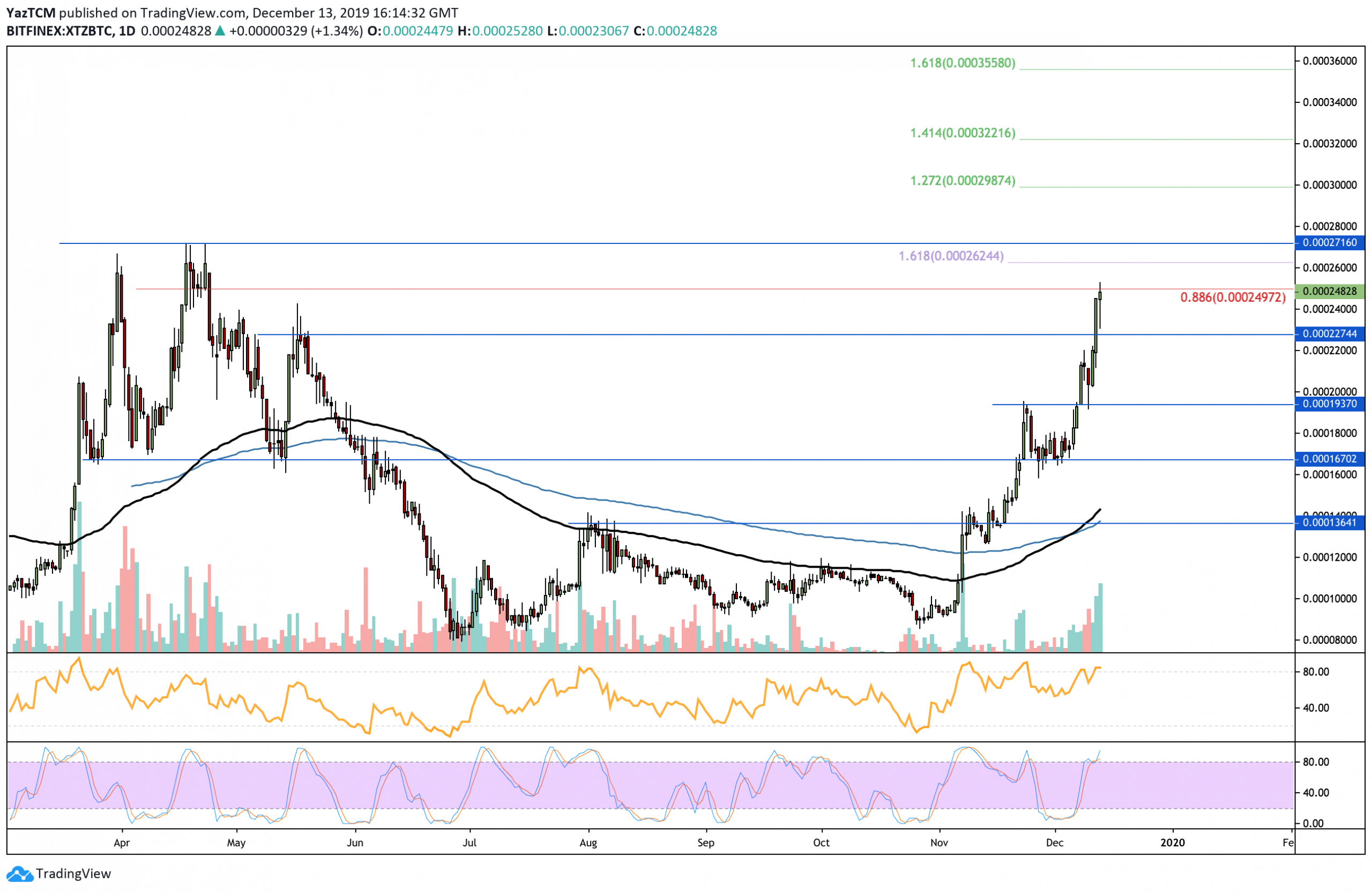 Tron suffered a small 3% price decline over the past week as it trades around the $0.014 level. The cryptocurrency found support at the November low, which allowed TRX to rebound slightly. The Stochastic RSI has recently produced a bullish crossover signal that could potentially start a bullish run for it. 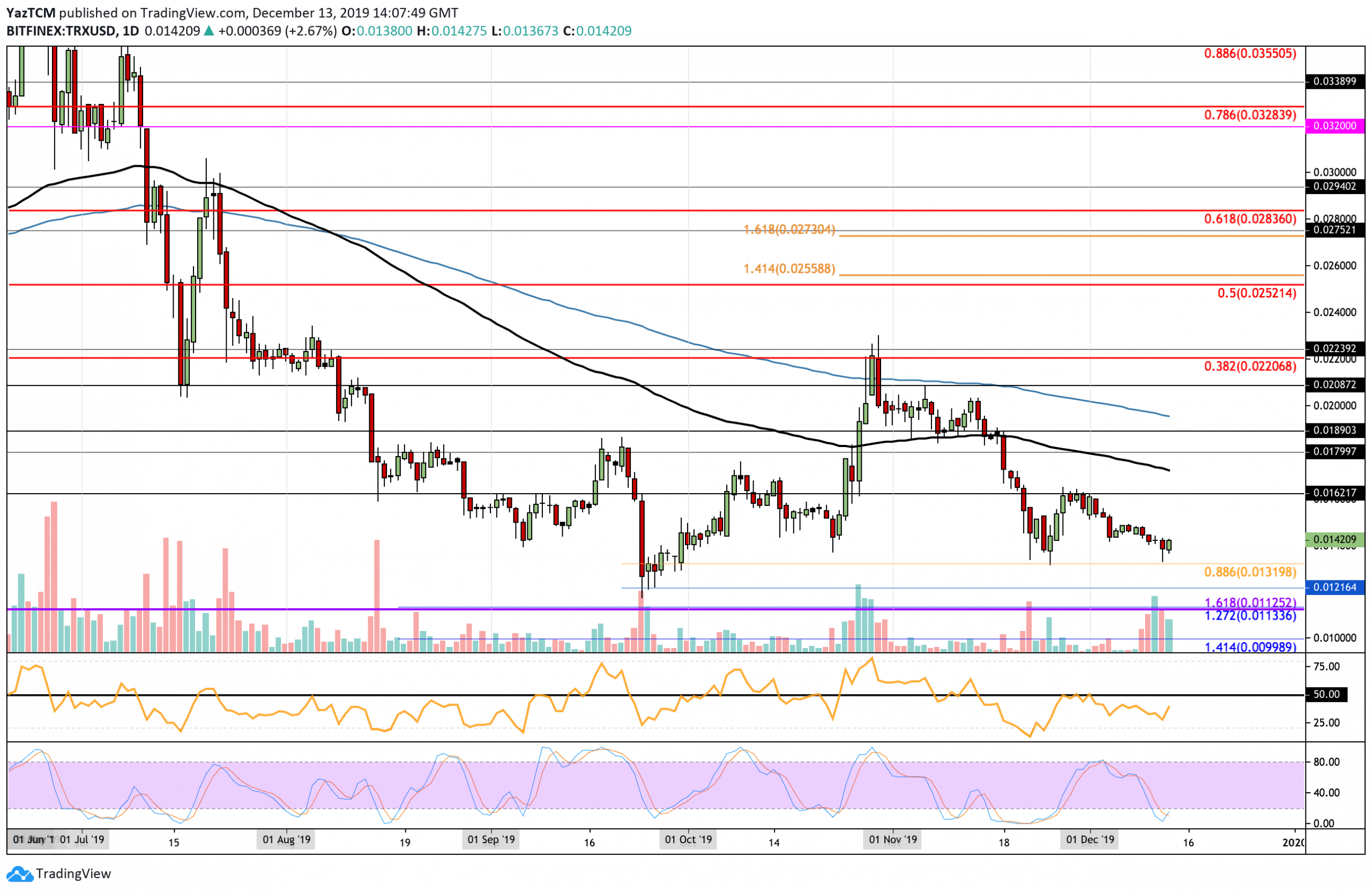 Against BTC, Tron has struggled during December after dropping into the 190 SAT support level. If Tron was to continue beneath 190 SAT, then the market would be considered as bearish. Nevertheless, the Stochastic RSI is primed for a bullish crossover signal that should send it higher. 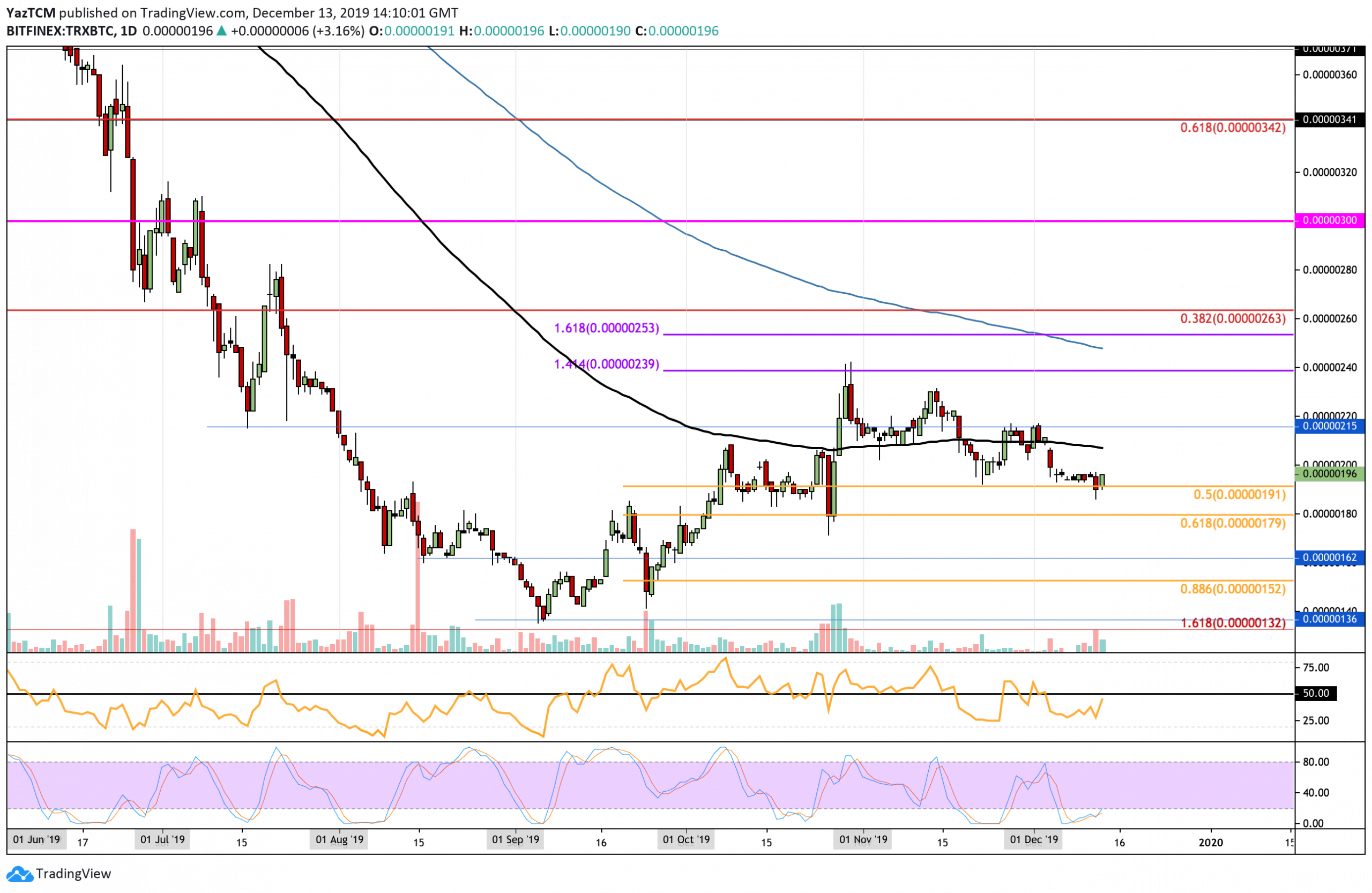