It’s safe to say that the beginning of 2020 is everything one might have expected it to be on the cryptocurrency market: volatile. Just a few days after the New Year’s bell rang, Bitcoin went on a rollercoaster, dropping down to a low of $6,850, only to recover hours later, gaining upwards of $500 in the process.

Interestingly enough, this move coincided with a significant political event. The US President, Donald Trump, ordered an airstrike against Baghdad’s airport. During this, the leader of Iran’s Quds Forces, General Qasem Soleimani, was killed. This goes again to show that Bitcoin is not correlated to political and economic turmoil, and it showcased his qualities as a store of value.

As the new year came to light, there are also new bold predictions. Tyler Winklevoss believes that the upcoming decade is going will see cryptocurrencies become as essential as emails. Of course, not everyone is as positive. Michael Novogratz, who failed with his 2019 prediction that Bitcoin’s price will reach a new all-time high, now thinks that it will end this year trading above $12,000.

Exciting things are happening all across the market as Ethereum also went through a statewide hardfork called Muir Glacier. The update was intended to fix some of the outstanding issues caused by the previous update, Istanbul.

The entire cryptocurrency market moved in the first few days of the new year, as most of the top cryptocurrencies trade in the green. However, they were still unable to claim any notable grounds as Bitcoin’s dominance continues to hold steady above 68%.

As we step into the new decade, it’s particularly exciting to see how it will unfold. It’s important to note that in May, the Bitcoin Halving is about to take place. This is perhaps one of the most anticipated events during the last 12 months. 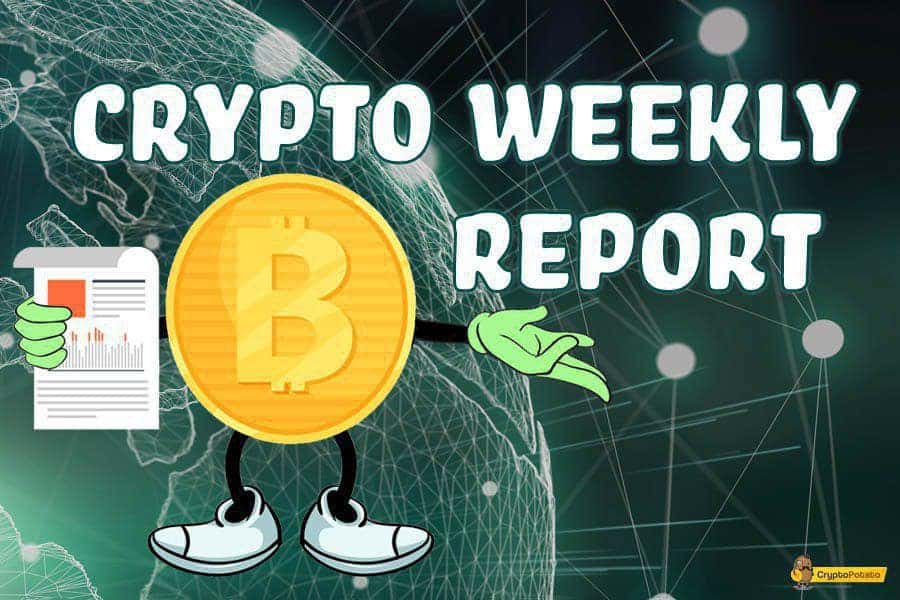 Bitcoin Price Surges $500 Following Iranian Quds Force’s Leader Assassination. Entering the new year, Bitcoin’s price was as volatile as usual. It fell to as low as $6,850, only to recover to $7,350 hours later. Interestingly enough, this coincided with the assassination of the Iranian Quds Force’s leader in an airstrike ordered by US President Donald Trump.

In The New Decade, Crypto Will Become Essential Like Email: Says Tyler Winklevoss. One of the most influential proponents of cryptocurrencies, Tyler Winklevoss, has said that over the new decade, crypto will become as important as emails. He thinks that it is already becoming a lot more than just a niche technology.

Bitcoin Loves Weekends: Saturday Was The Best ROI Day Throughout 2019. Interesting research revealed that during 2019, Saturdays were the most profitable days for Bitcoin. On another note, it turned out that Fridays were the worst. This, perhaps, doesn’t really come as a shock because weekends have been traditionally volatile for Bitcoin throughout history.

8,900,000% ROI: Bitcoin Is The Best Performing Asset Of The Ending Decade. As the old decade is behind us, it turns out that Bitcoin has really been the best performing asset over the past 10 years. It has grown the staggering 8,900,000%. Needless to say, no traditional asset or currency has managed to come even close to that.

Ethereum’s Newest Hardfork, Muir Glacier, To Take Place On January 1st.  Ethereum’s network went through yet another statewide update on January 1st. The hardfork, called Muir Glacier, was introduced to address all the issues which were left from the previous update (Istanbul). It happened at block number 9,200,000.

Bitcoin Bull Michael Novogratz Loses Confidence: Lowers BTC Price Prediction To $12,000 By 2020. Michael Novogratz, a former Wall Street hedge fund manager, and a vocal cryptocurrency advocate appears to be losing confidence. He toned down his prediction about Bitcoin’s price to $12,000. In July 2019, he said that Bitcoin will reach a new ATH by the end of the year, which obviously didn’t happen.

This week we have a chart analysis of Bitcoin, Ethereum, Ripple, Binance Coin, and Monero – click here for the full price analysis.