The Hong Kong-founded popular cryptocurrency exchange, Bitfinex, has recently launched the newest version of its mobile app, which comes with Bitcoin deposits utilizing the Lightning Network.

The update for the mobile app comes less than two months since the exchange added support for the Lightning network to its web platform.

The Lightning Network Comes On Mobile

Invented back in 2015, the Lightning Network intends to serve as Bitcoin’s off-chain scaling solution. Essentially, it allows people to send or receive Bitcoin transactions faster without the intervention of a third party.

Despite a relatively sluggish start, the network is receiving further attention from larger entities in the industry, including major crypto exchanges, such as Bitfinex. During the recent December of 2019, the veteran cryptocurrency exchange adopted the LN (Lightning Network) as an option for Bitcoin deposits and withdrawals on its website.

According to the report published by the company, transactions processed using LN could take up to 2-3 minutes instead of almost an hour without utilizing LN.

Today, Bitfinex introduced the support of Lightning Network deposits to its mobile application. The inclusion comes with the app’s latest version (3.27.0). The app is available both on iOS and Android.

Aside from adding the LN feature, the app update has gone through a redesign of minor elements on the interface, including price alerts and the Tether Gold (XAUt) monitoring. 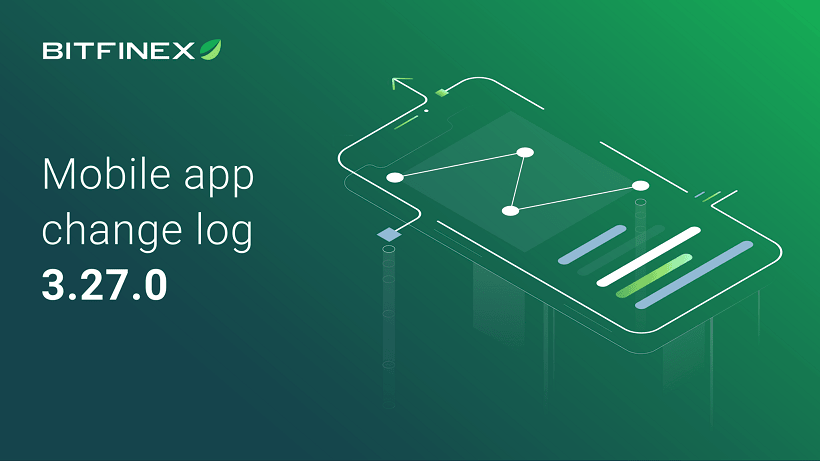 As Cryptopotato recently reported, Tether, the issuer behind the most widely-used stablecoin USDT, launched a new digital asset – XAUt. As the acronym hints, it’s solely connected to Gold as one token represents one troy fine ounce of the precious metal on a London Good Delivery bar.

Shortly after, Bitfinex added Tether’s newest digital Golden stablecoin, which may not come as a surprise since both firms have the same parent company –iFinex. The exchange offers three trading pairs – XAUt/USD (against the dollar), XAUt/USDT (against Tether), and XAUt/BTC (against Bitcoin).

Just a week later, the popular cryptocurrency exchange announced that it would enable margin trading for the newly added pairs. They can now be traded with initial equity of 20%, which allows maximum leverage allowed is 5x.