Bitcoin saw a 7.51% price increase over the past week that allowed it to rise above the previous range it was trading within. The cryptocurrency broke above the upper boundary at $7,800 and continued to surge much higher as it reached expected resistance at the 200-days EMA at around $8,160. The cryptocurrency did climb even higher than this as it approached the resistance at $8,458 but it quickly rolled over and started to fall.

After reversing at the 200-days EMA, Bitcoin started to fall slightly to meet support at the .382 Fib Retracement level at $7,809, where a rebound was seen. 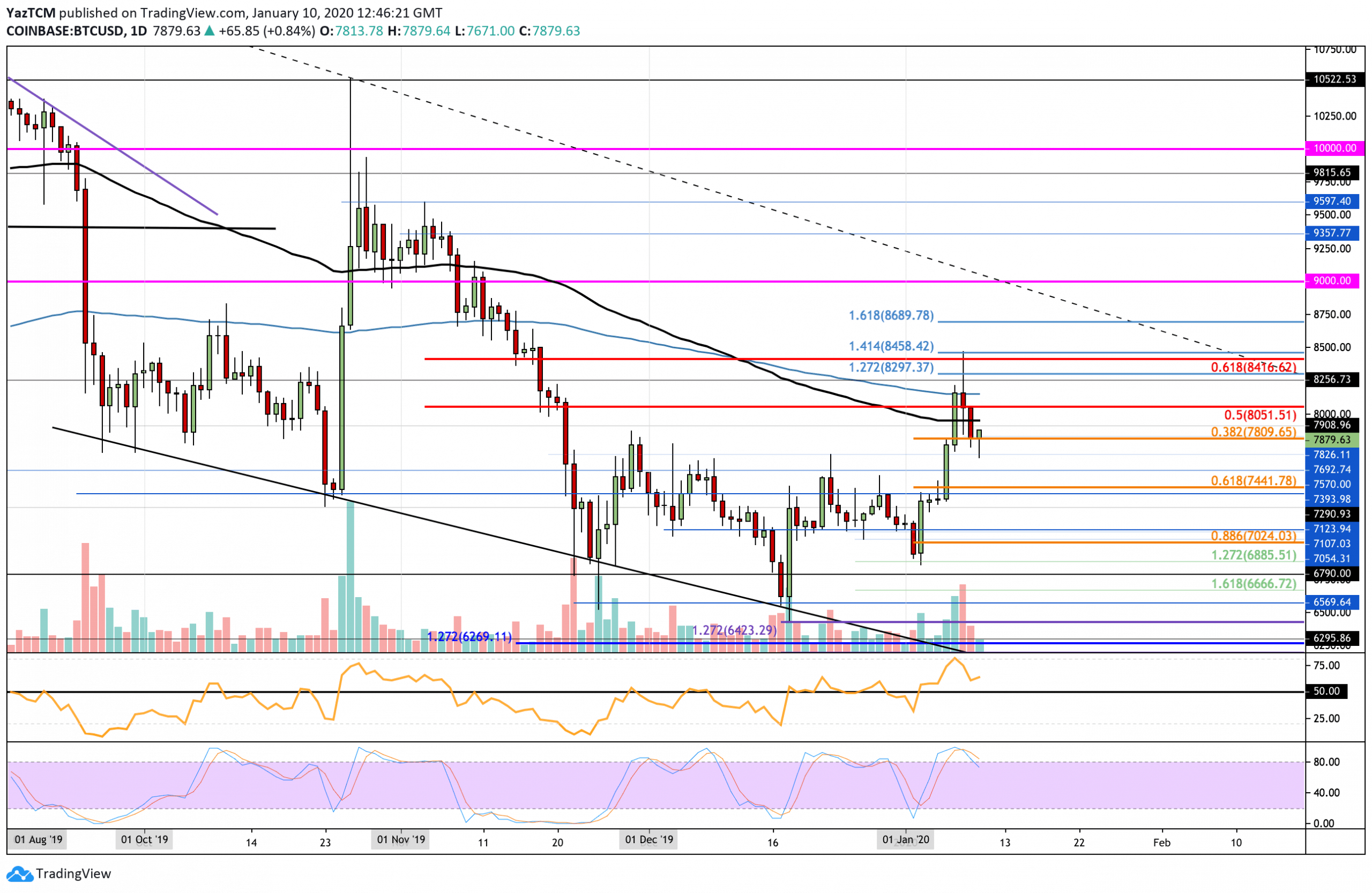 Ethereum managed to increase by a total of 5% this week, allowing the cryptocurrency to rise to the $139.50 level. Ethereum did climb further higher than this earlier in the week but rolled over after reaching the $145 level. The cryptocurrency went on to find support at the short term .382 Fib Retracement at around $137.88, which allowed ETH to rebound slightly. 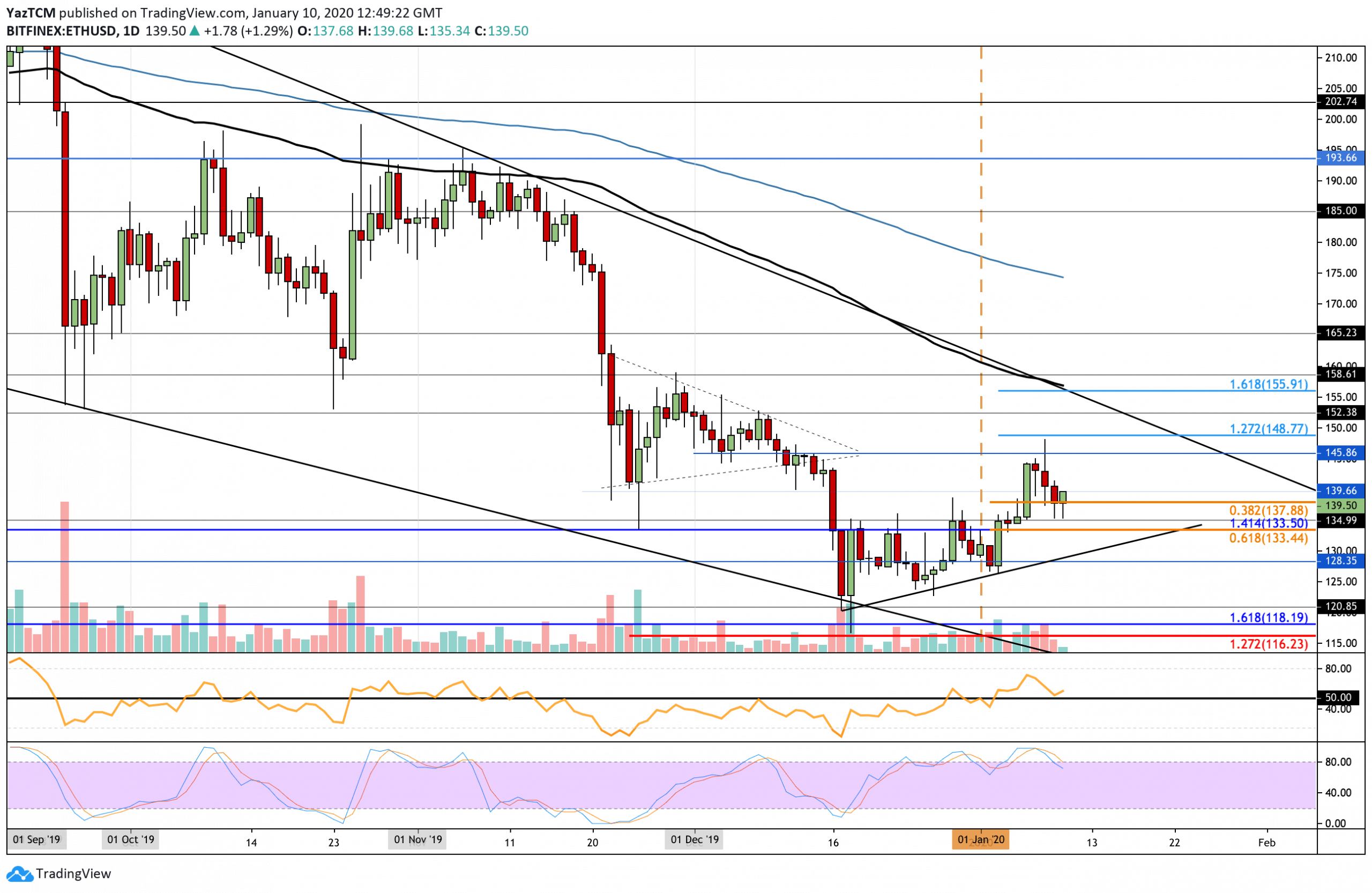 Against Bitcoin, ETH continued to grind slowly higher toward the 0.0185 BTC level, however, when it reached this level of resistance, Ethereum rolled over and plummetted precipitously. It fell into the support at 0.0175 BTC but continued to spike lower as it reached a low of 0.0169 BTC before rebounding higher to 0.0177 BTC. 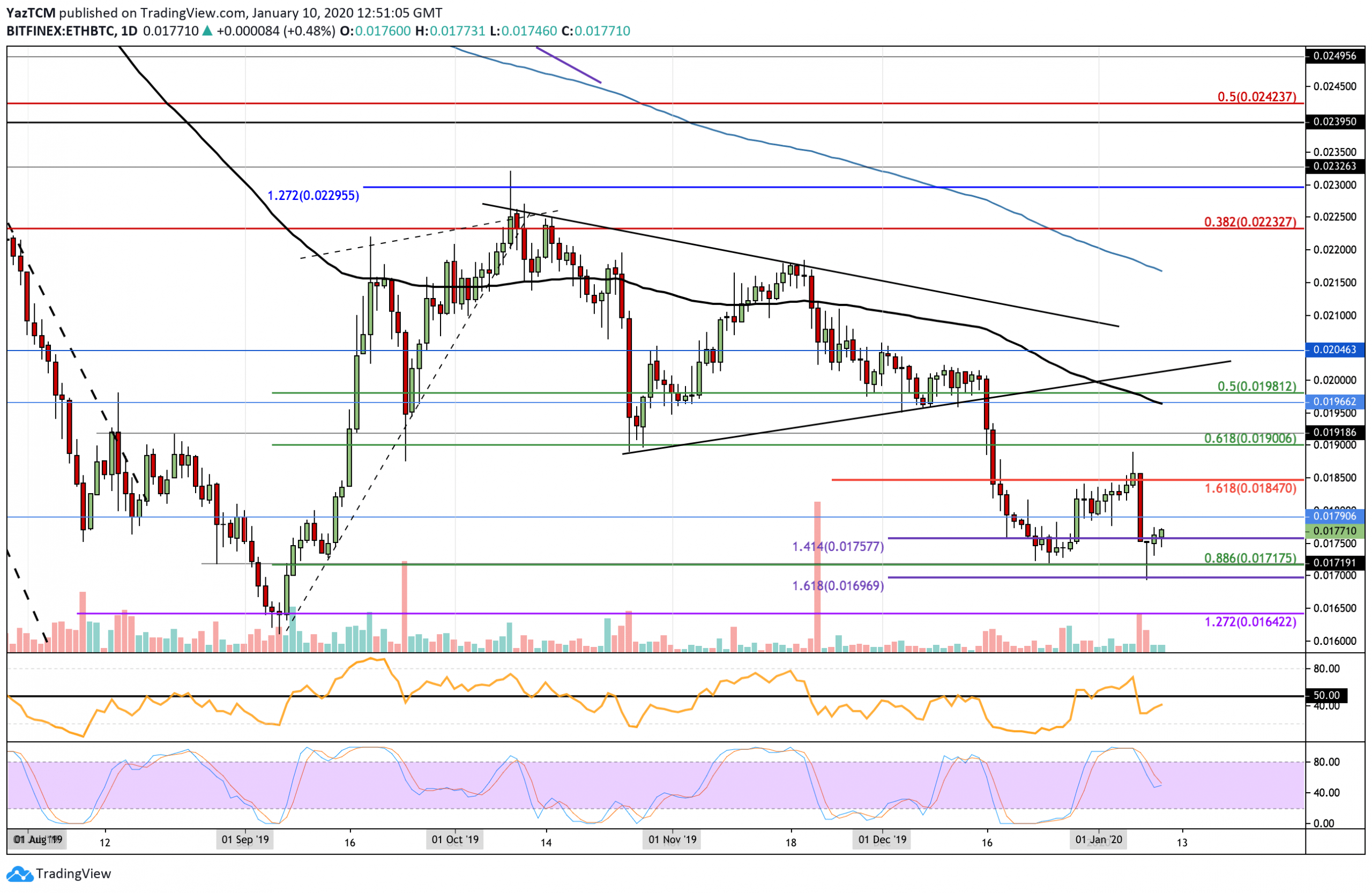 XRP finally broke toward the upside of the previous trading range as it penetrated above the $0.20 level this week. The cryptocurrency then went on to surge by a total of 24% to reach the resistance at the 100-days EMA at around $0.2345. XRP rolled over from here and fell back into the $0.20 level where it found support. 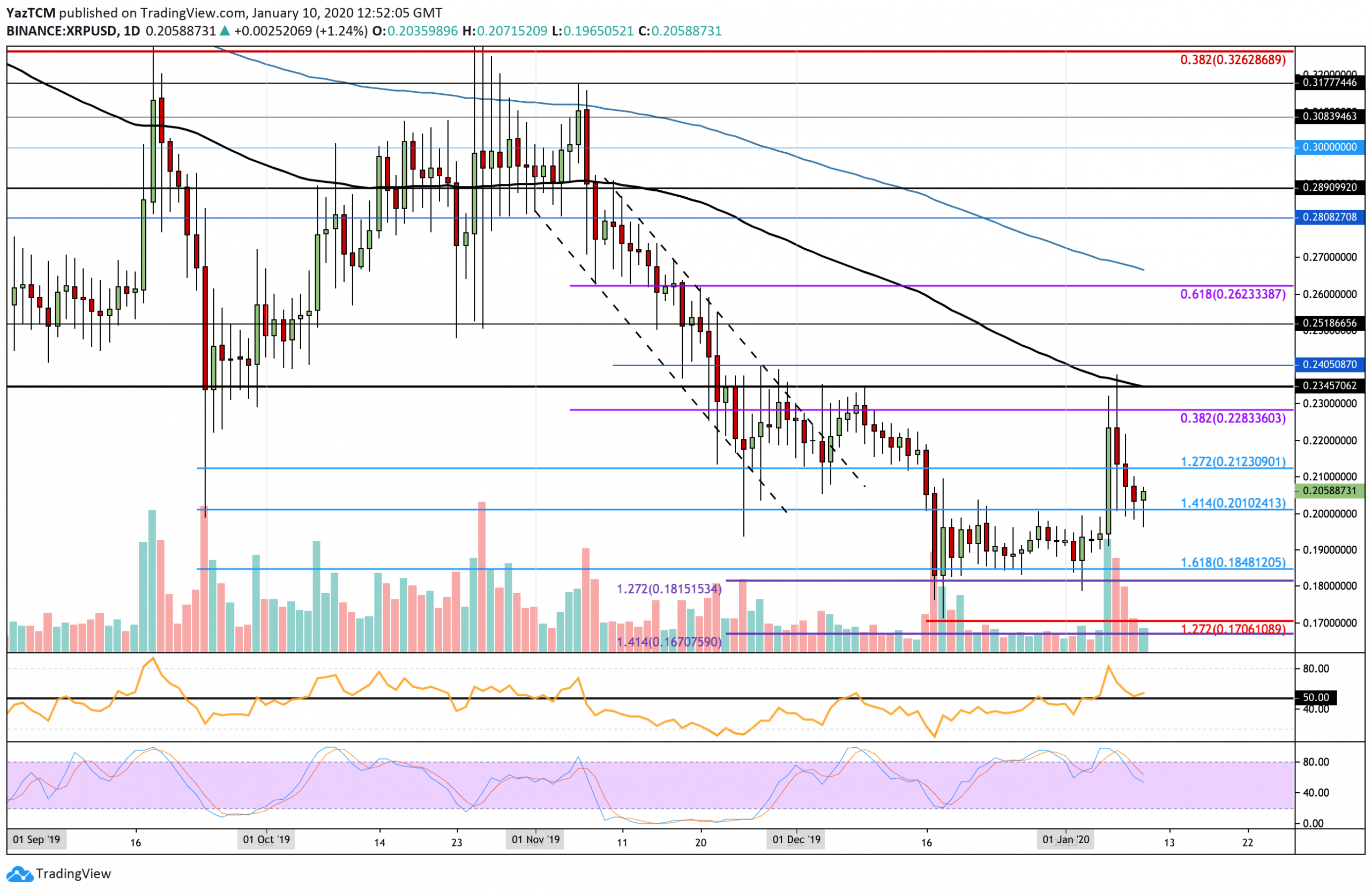 Against BTC, XRP bounced higher from the 2600 SAT level and started to surge aggressively. It climbed as high as 2900 SAT before meeting resistance provided by a 2-month-old downward sloping trend line which caused it to roll over. XRP then went on to drop significantly as it plummeted as low as 2530 SAT (.886 Fib Retracement) before bouncing higher toward 2616 SAT. 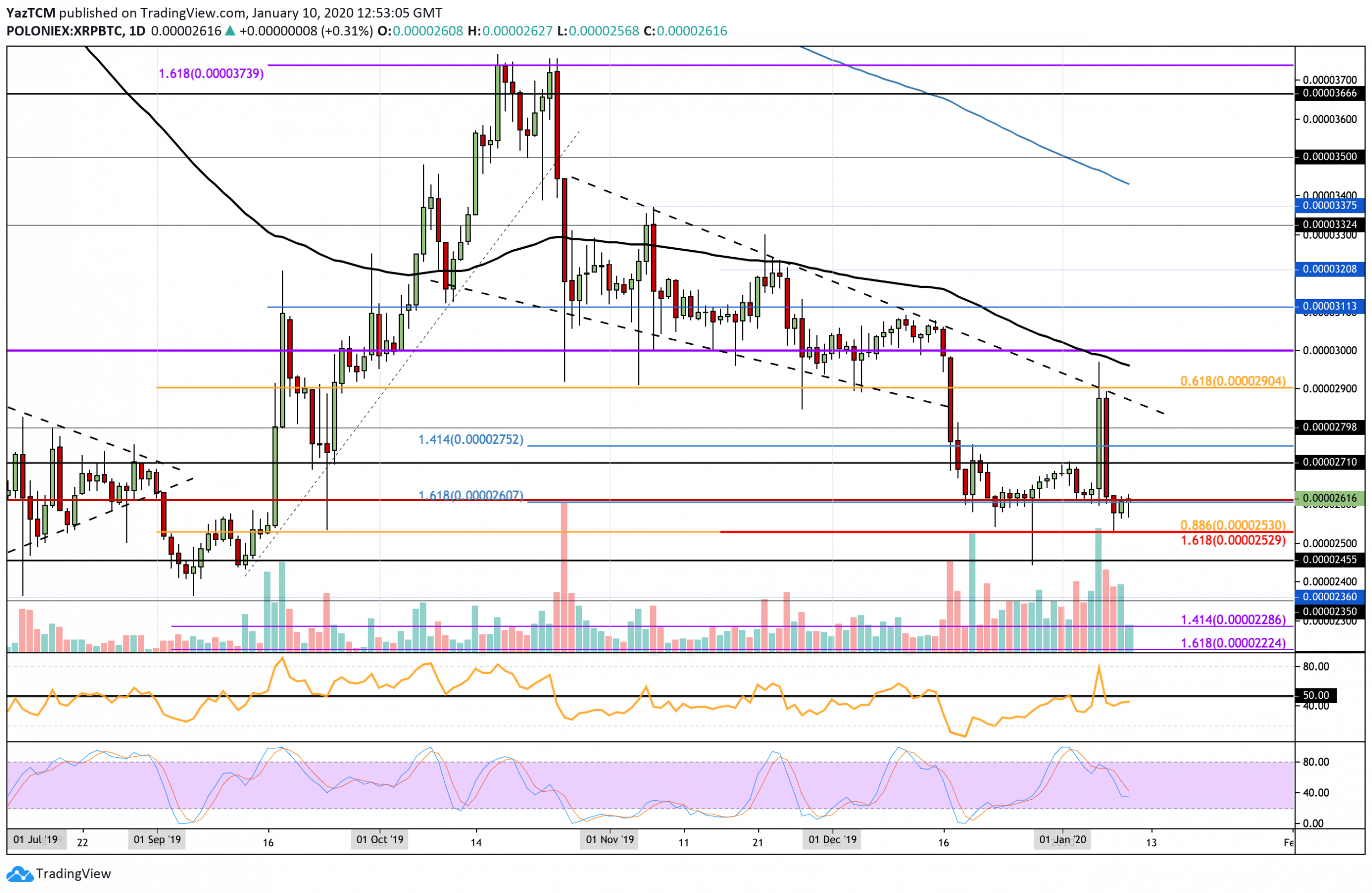 Tezos moved sideways this week after it increases by a small 1% to remain above the $1.30 level. The cryptocurrency had found solid support at the 100-days EMA nad has managed to remain above this for 2020. Furthermore, the market is also supported by a 3-month-old rising trend line, adding to the expected support here. 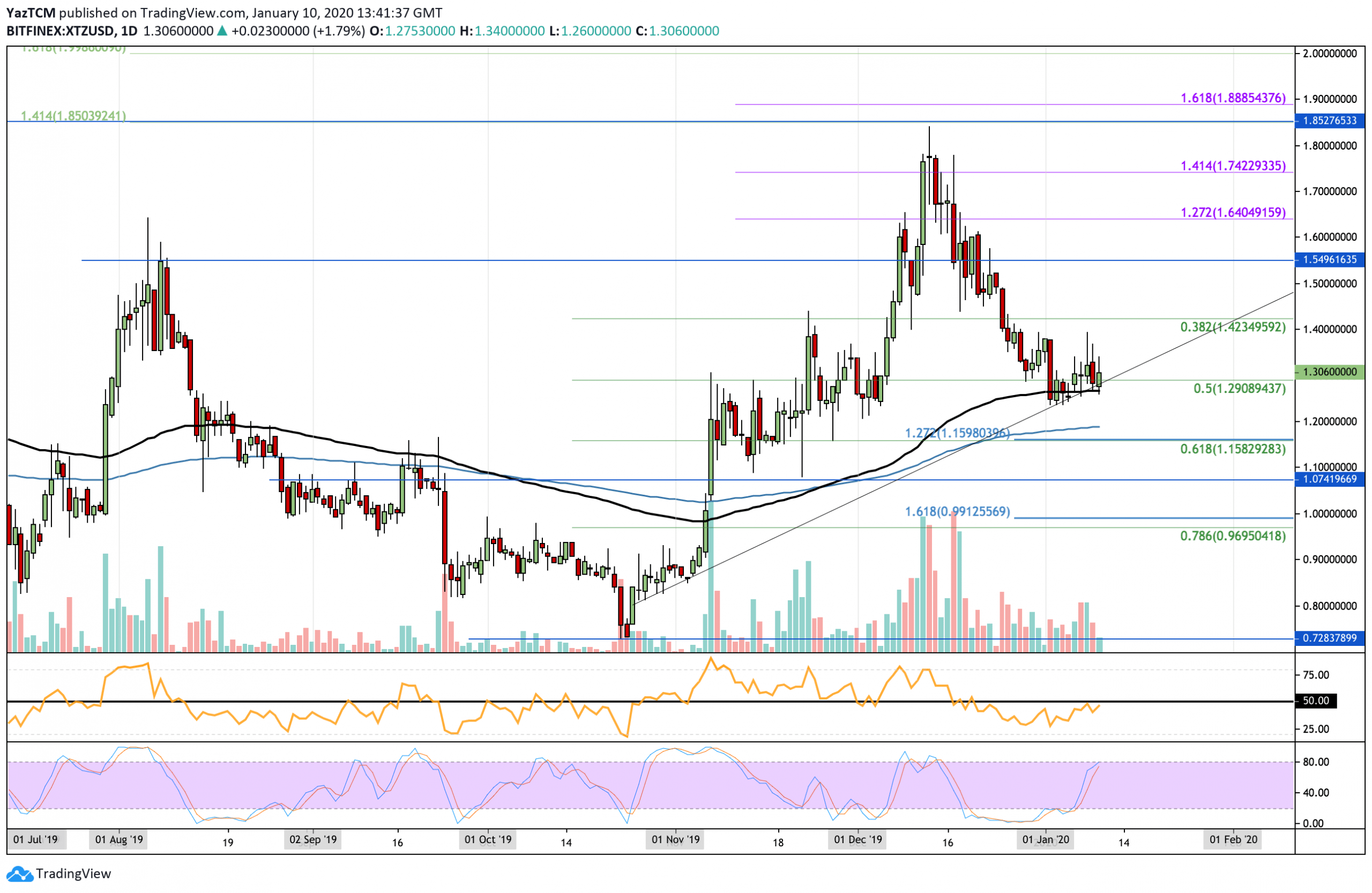 Against BTC, Tezos has also been battling to remain above the 100-days EMA. The cryptocurrency fell as low as 0.000157 BTC (downside 1.272 Fib Extension) where support was found allowing Tezos to rebound. It is now struggling to break resistance at 0.000169 BTC. 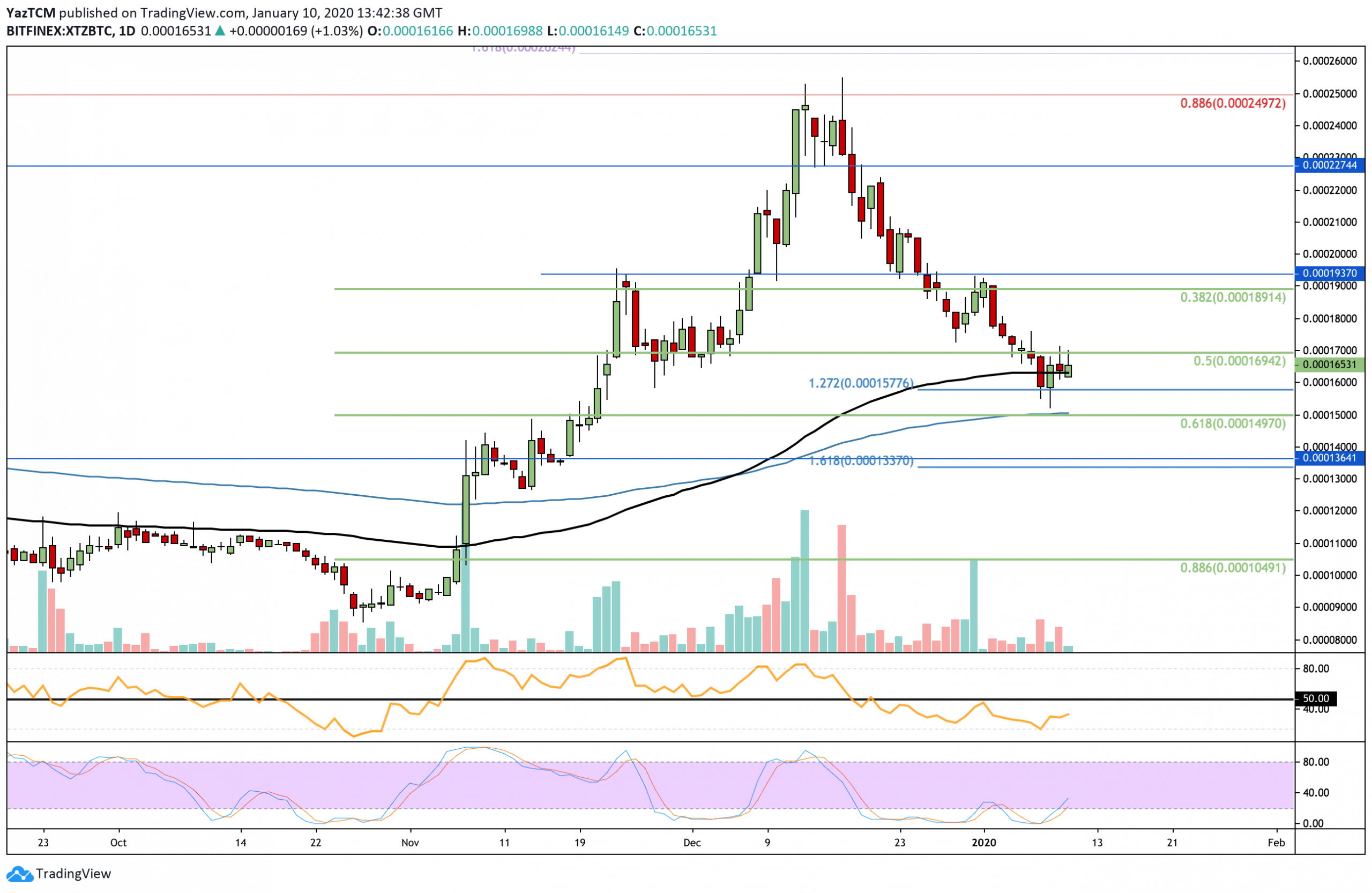 Bitcoin SV saw an extraordinary pump this week which saw the cryptocurrency rise by a total of 35% – making it the strongest performing top 10 cryptocurrency project. This latest price surge allowed BSV to climb above the 200-days EMA and toward $136 as it looks to head toward $150. 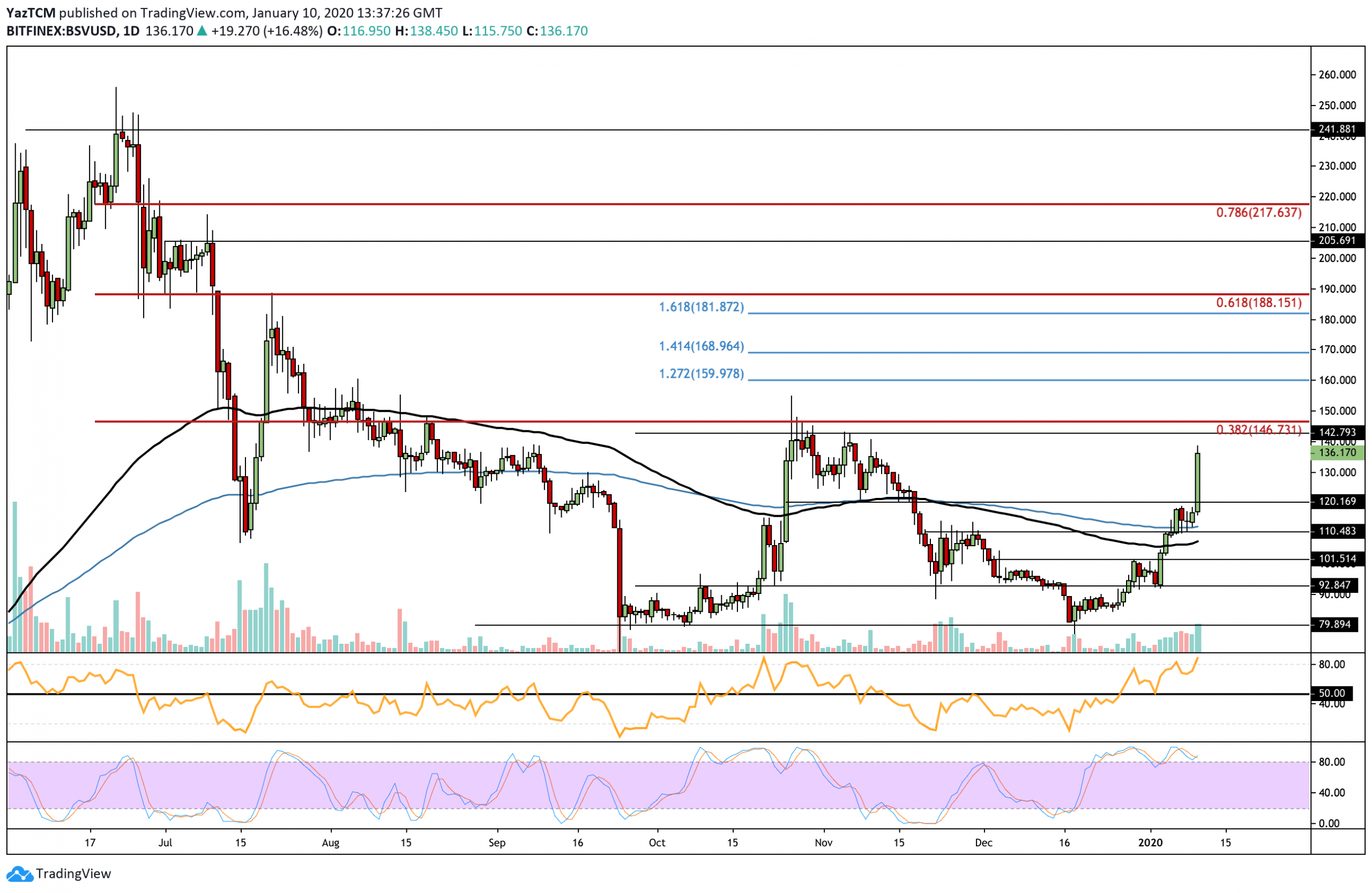 Against BTC, BSV has also surged significantly as it breaks above the previous resistance at 0.0154 BTC and rises into resistance at 0.0175 BTC provided by the long term bearish .382 Fib Retracement. The resistance here might be a little too strong for BSV to overcome, but only time will tell if this surge will continue higher. 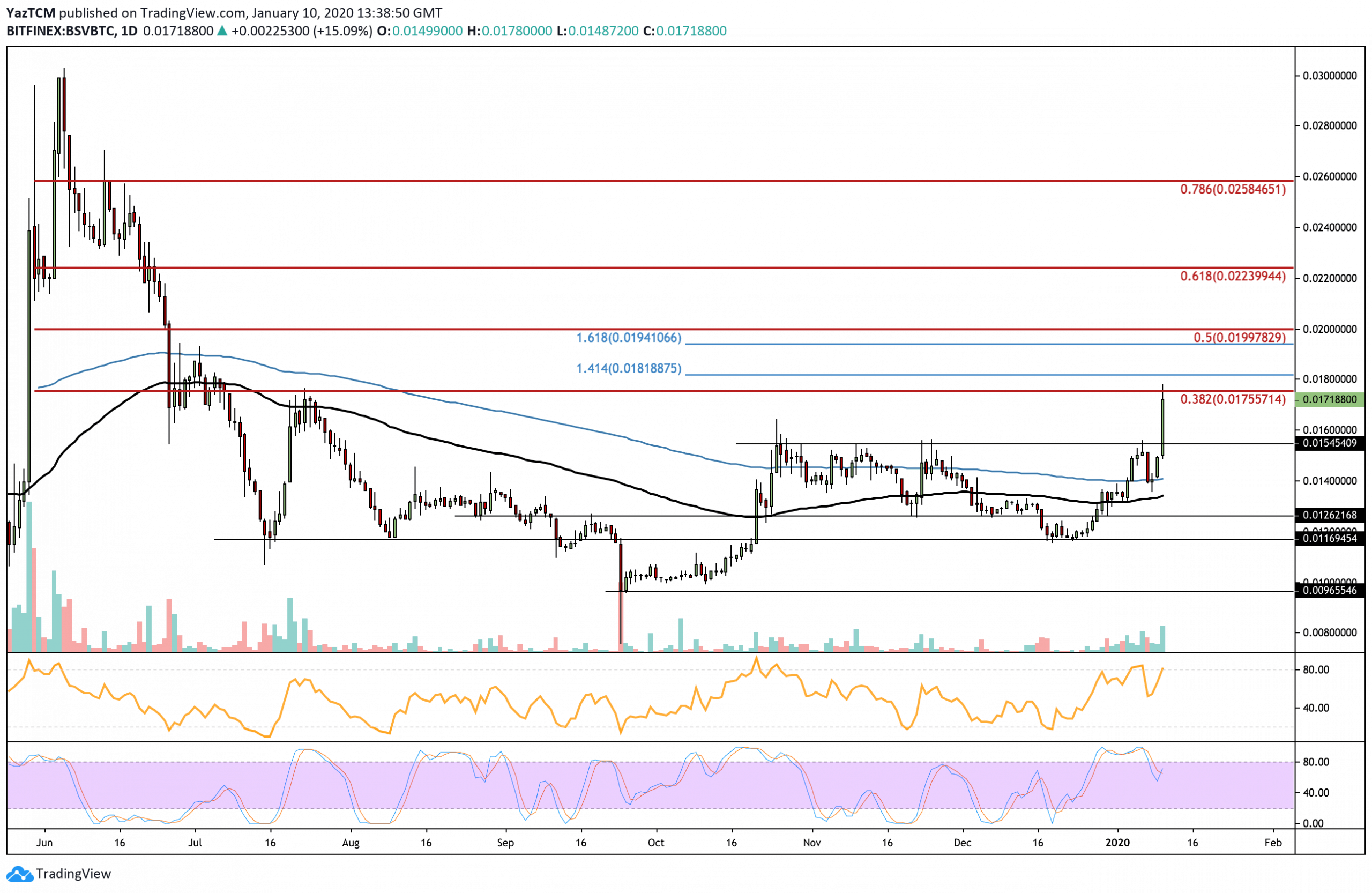