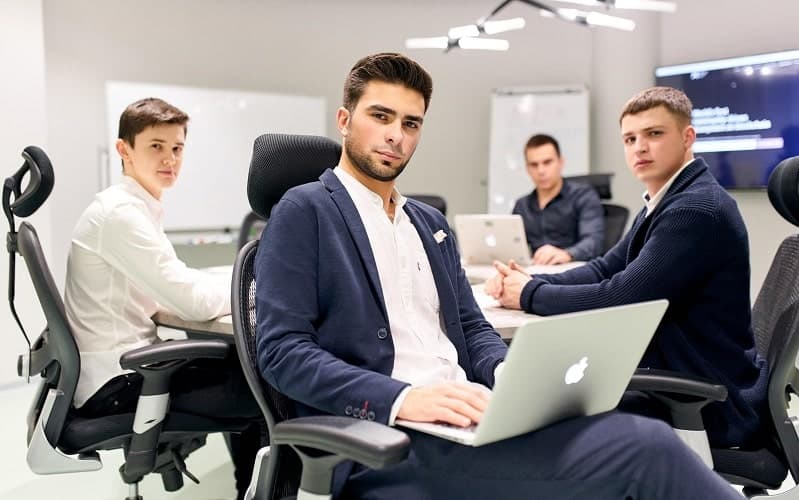 Vlad Miller, CEO of Ethereum Express, together with the team

Mining Express is the first of the two pilot projects and is rated as the fifth-largest mining company on the market. The company turned to the Ethereum Express for scaling its mining capacities to accommodate the growing number of users. The Ethereum Express will be using the systems of Mining Express as a testbed for its blockchain and for confirming the associated technical hypotheses.

The second project establishing working relations with Ethereum Express is a gambling company seeking to introduce blockchain solutions. The use of the Ethereum Express’ blockchain is intended to increase the transparency of online operations for the company, which preferred to remain anonymous.

Successful tests of the EEX blockchain within the framework of both pilot projects will ensure higher quality of operations on the network and will allow users to generate passive income via cloud mining.

The Ethereum Express is also launching real use applications for its internal coin, which will be used for ensuring transparent operations between gambling and mining industry users. The use of the EEX coin as a global backup currency is set to expand its application in other industry sectors and business environments.

Over 48,000 users from Japan, the US, Ukraine, and Brazil have been identified as confirmed participants of both pilot projects together exceeding $500 million in value.

“The launch of these two pilot projects with our first clients is an important step for the development of not only the EEX project and its coin, but also for the blockchain environment as a whole. The introduction of improvements to the Ethereum blockchain’s network is a vital undertaking that has to be crowned with success if this promising market is to grow and scale in accordance with the demands of real businesses, not just separate users. The business environment is the true field of application for blockchain technologies and we are aiming to prove that our project has the technology to take a leading place in the global blockchain development movement,” as stated by Vlad Miller, CEO of Ethereum Express.

Successful testing and launch of the two pilot projects will allow the EEX team to confirm their standing on the market and attract the attention of potential partners from other industry sectors for business scaling.