Stellar saw a sharp increase of around 8% over the past 24 hours and it currently trades at $0.068. The cryptocurrency went on a nice run in the second half of October after increasing by a total of 17% over the last 30 days.

Stellar is now the tenth-largest cryptocurrency with a market cap of $1.39 billion.

Looking at the XLM/USD 1-Day Chart: 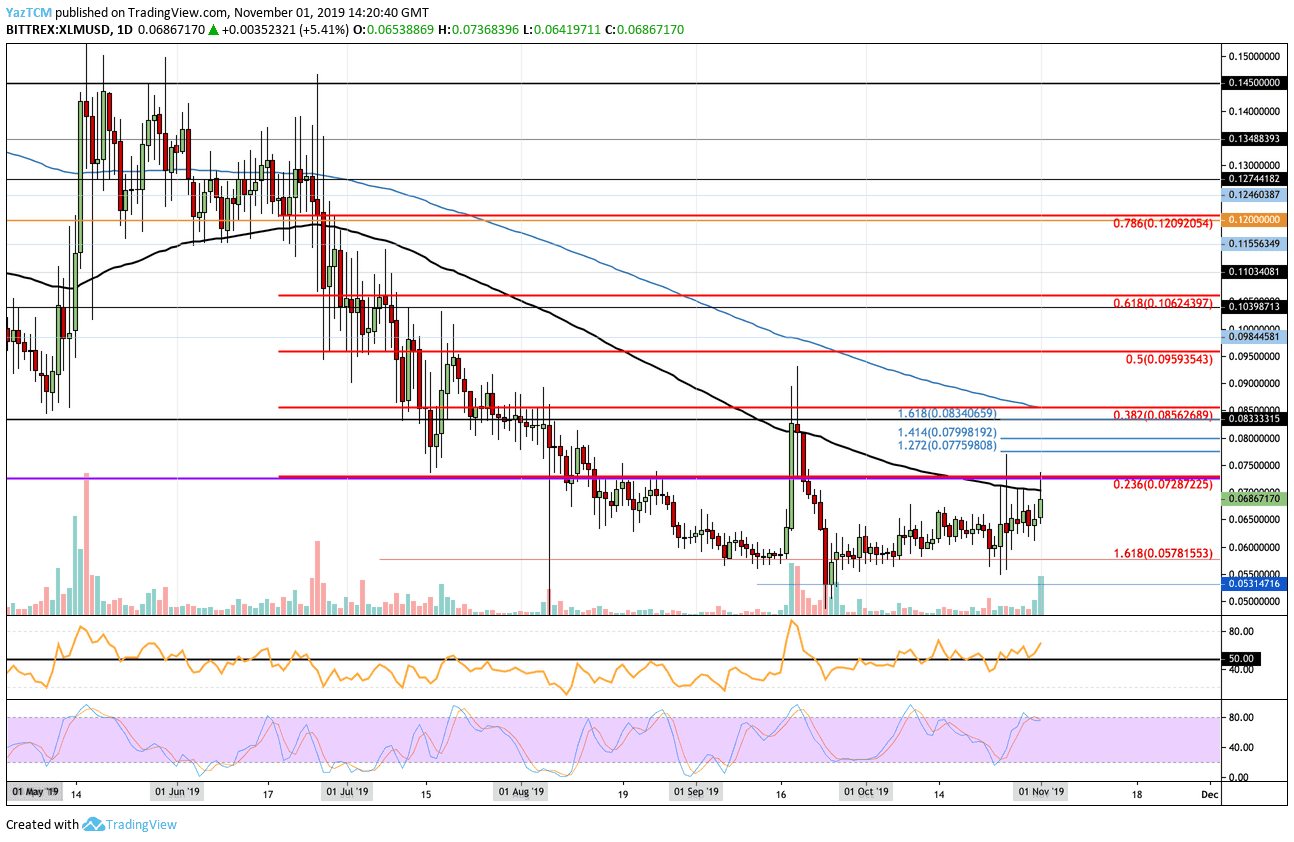 Looking at the XLM/BTC 1-Day Chart: 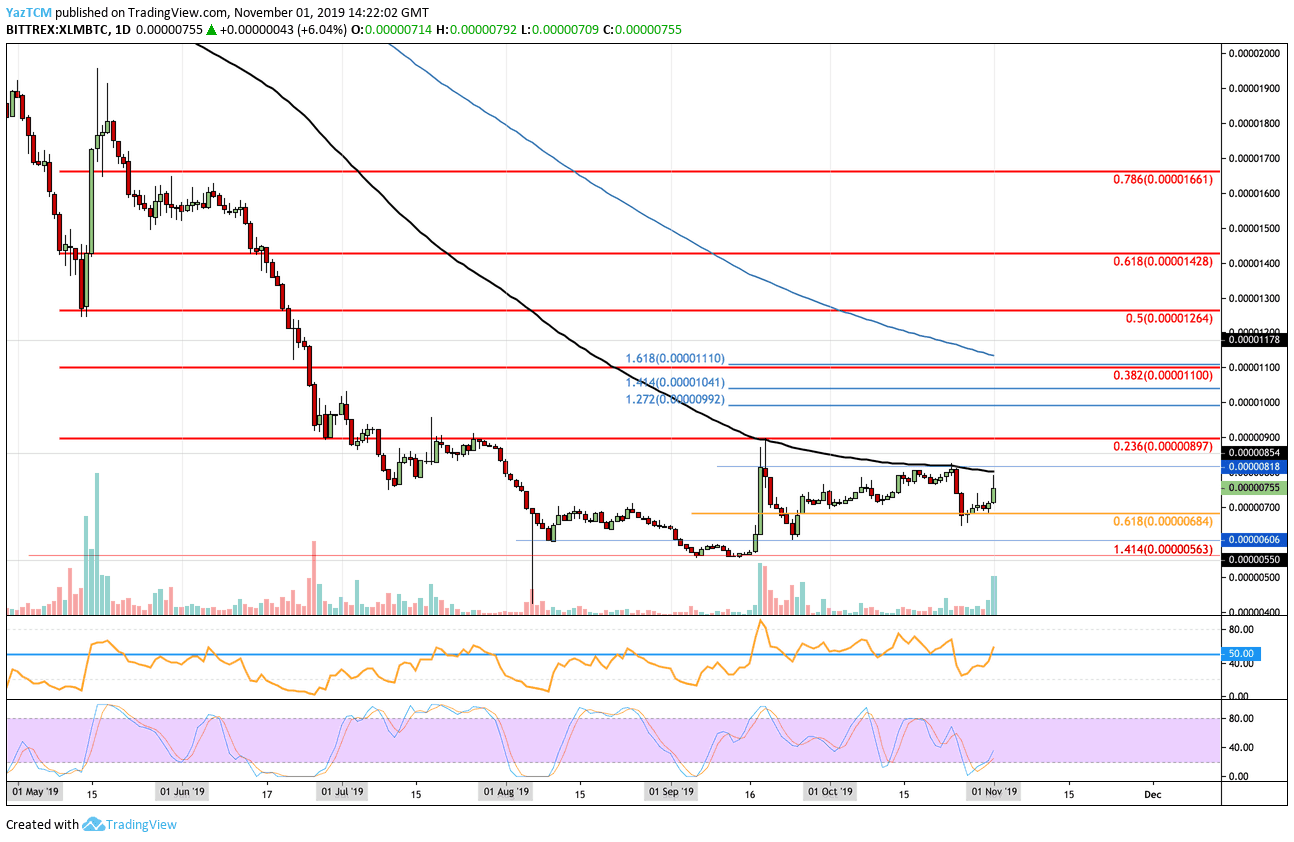 The post Stellar Price Analysis: XLM Rises To $0.068, Can It Go Higher? appeared first on CryptoPotato.